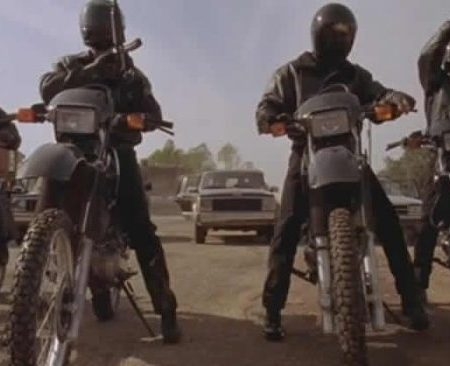 Gunmen have kidnapped the younger sister of the Deputy Speaker of the Katsina State House of Assembly, Shehu Dalhatu Tafoki.

The victim, identified as Asma’u Dalhatu, was kidnapped in the early hours of Sunday.

The gunmen took her away after they attacked Tafoki village in Faskari Local Government Council of the State.

The Deputy Speaker, who confirmed the abduction to Channels Television on Monday, explained that the gunmen suspected to be bandits stormed the village around 1 am on Sunday and moved straight to the village head’s residence, which is his family house, and kidnapped two of his sisters.

He said while trying to make their way into the forest, the hoodlums encountered some members of the vigilante group who engaged them in gunfire. In the process, one of the kidnapped sisters escaped and returned home safely.

The Deputy Speaker said the incident has been reported to the security agencies.

The police authorities in the state have yet to comment on the incident. The Police spokesperson in the state, Gambo Isah, could not be immediately reached for comment. No ransom has been demanded by the kidnappers.

The attack comes less than 48 hours after gunmen stormed Kurami village in Bakori Local Government Area of the State and abducted the wife and two children of the member representing Bakori constituency in the state House of Assembly, Dr. Ibrahim Kurami.

Bakori LGA is about 42 kilometres from Faskari LGA where the latest abduction took place.

Katsina State has within the week witnessed a different pattern of abductions where the trend seems to have been shifted to kidnapping relatives of political office holders in the state.