Home » News » Hope of Apo-Karshi, Orozo residents in Abuja on road project dashed as FCT Minister says it is no longer feasible

Hope of Apo-Karshi, Orozo residents in Abuja on road project dashed as FCT Minister says it is no longer feasible

by Emman Ovuakporie
in Abuja Metro, News
Reading Time: 2 mins read
A A
0 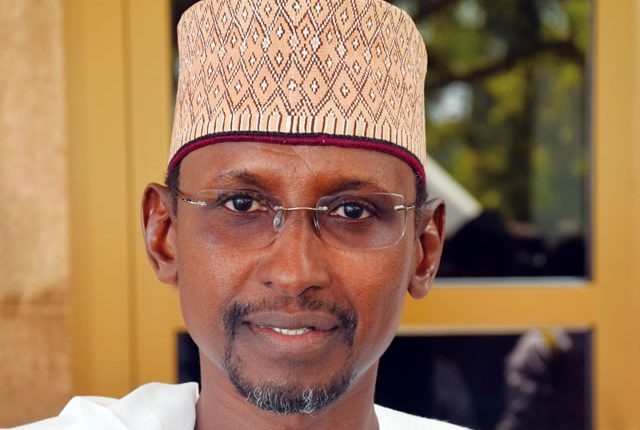 Minister of the Federal Capital Territory, FCT, Mohammed Bello, who had on February 17 promised residents that the 13.25 kilometer Apo-Karshi road, would be completed before the raining season starts, has back peddalled , saying it will not be feasible for now.
Bello who was responding to a question on what was delaying the completion of the road by House Correspondents after the weekly Federal Executive Council meeting presided over by Vice President Yemi Osinbajo, said information available to him now is different from the one he had at the time he made the promise.

He said: “Thank you very much for the question on the Apo-Karshi road. I made that statement here a few weeks ago based on information available to me at that time. But, it is very obvious now based on the reality on ground and the challenges being faced by the contractor including funding which we are trying to resolve.

“It is likely that we would not be able to meet the target I earlier set up for making sure that that road gets opened before the raining season. But, you can be rest assured that is a road that is so important to all of us in the city, and we will keep on pushing on to see that it Is done.”

Bello had said the road which was first awarded in 2011 to Kakatar Engineering Limited, a company owned by Azibaola Robert, under former President Goodluck Jonathan administration will be completed and open for public use before this year’s rainy season.

He had blamed error of design whereby, a huge rock outcrop on the alignment of the road for the delay in the completion of the road.

The road was designed to ease the gridlock at the AYA-Nyanya-Mararaba section of the Abuja-Keffi road that links the Abuja metropolis with some densely populated satellite towns including Karshi, and neighbouring Nasarawa State.
The award of the contract by the Federal Capital Development Authority (FCDA), 2011 was for a sum of N6.4 billion (N6,355,609,124.53).

The scope of contract was to include site clearance and earthworks; construction of culverts (pipe and box) of various sizes; drainages; construction of two bridges of 3-span (45m) and 5-span (75m); rehabilitation of one bridge; as well as pavement and surfacing.

Reminded in February that commuters faced daily gridlock on Abuja-Keffi road due to the delay in completion, the minister had said that the initial challenges encountered by the project contractor have been surmounted, adding that work is at advanced stage.

He had said: “The Karshi-Apo road is a project that should have been delivered by now. One of the main challenges faced in that road has to do with error in the design whereby, a huge rock outcrop on the alignment of the road corridor became very difficult to be able to arrange. But we are very happy to say that it is now almost taken care of. I believe within a few months time hopefully before onset of the rains this year, that road would be open.

“Already a portion of that road which links Tundun Wada on the Abuja-Keffi Expressway via old and new Karshi is now very motorable because of the bridge constructed there by the Ecological Fund, which was commissioned about a month ago.”