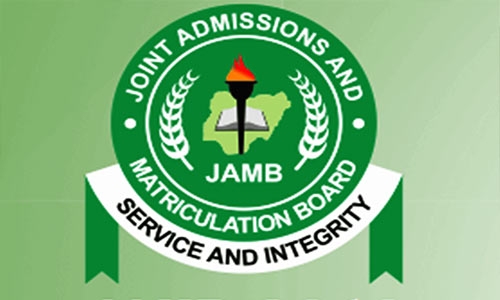 Mr. JImoh Olabisi, former Deputy Director, Joint Admissions and Matriculation Board (JAMB), on Wednesday, alleged that Prof. Dibu Ojerinde, ex-JAMB Registrar, instructed him to open a bank account through which the Federal Government’s money was diverted.

Olabisi, who stood as a witness of the Independent Corrupt Practices and other related offences Commission (ICPC), told Justice Obiora Egwuatu of a Federal High Court, Abuja.

The ex-JAMB staff told the court during cross-examination by Ojerinde’s lawyer, Ibrahim Ishyaku, SAN, that he was in charge of opening accounts for the agency.

He admitted opening an account in the name of JAMB/J.O. Olabisi in a commercial bank on the instruction of Ojerinde through which funds were moved out from government’s coffer.

“The authority to open the account; the letter to the bank was jointly signed by Prof. Dibu Ojerinde and the then, Director of Finance and Account (DFA), Mallam Umar Yakubu, with specific mandate that I should be the operator of that account.

“I explained in one of my appearances here that the account was opened following an agreement between the defendant (Ojerinde) and myself as a way of deviating from what we were using in NECO (National Examinations Council) to divert public funds.

“So the defendant subsequently discussed the issue with the DFA, hence the letter,” he revealed.

Olabisi also told the court that the account was opened without approval from the then Accountant-General of the Federation, Mr Jonah Otunla.

“The defendant knew the essence of such an account and there was no official statement from the Office of the Accountant General for the opening of that account.

“However, the registrar convinced the then DFA, he told him that he had gotten approval of the Accountant-General of Federation, Mr J. Otunla, who happens to come from the same zone with the defendant,” he said.

When Ishyaku asked the witness if there was any request preceding the opening of the account, he said: “He (Ojerinde) directed the then DFA to write the letter to the bank for him to sign.”

He said though he was not there when Ojerinde instructed Mallam Yakubu, he said the DFA told him that he wrote the letter on the ex-registrar’s directive.

He, however, said that though it was a public account, the approval of the account-general of the federation was a prerequisite before a bank could open such account.

According to him, Ojerinde had over 80 per cent of the shares.

He also admitted being a director In the bank.

“Yes, I was a director and I was put there to ease the movement of government money to the bank.

“The defendant is the Chairman and Board of Directors of the bank,” he said.

The witness, who stated that Ojerinde’s companies were not registered with government funds, said the ex-JAMB registrar used his position to award contracts to his private companies through the Zenith Bank account number: 1012411301 of JAMB.

Justice Egwuatu adjourned the matter until Thursday for trial continuation after ICPC lawyer, Ebenezer Shogunle, prayed for an adjournment.

The ICPC had, on July 8, 2021, arraigned the former JAMB registrar on an 18-count charge bordering on diversion of public funds to the tune of N5 billion.

He was said to have committed the offence during his tenure as registrar of NECO and JAMB.

Ojerinde, however, pleaded not guilty to all the charges and was later admitted to bail in the sum of N200 million.

NAN reports that Ojerinde was also a registrar of NECO before his appointment as JAMB boss following his expiration of tenure. Ahead of this weekend  FA clash between Manchester City and Arsenal, Pep Guardiola has warned his friend and brother,  Mikel...