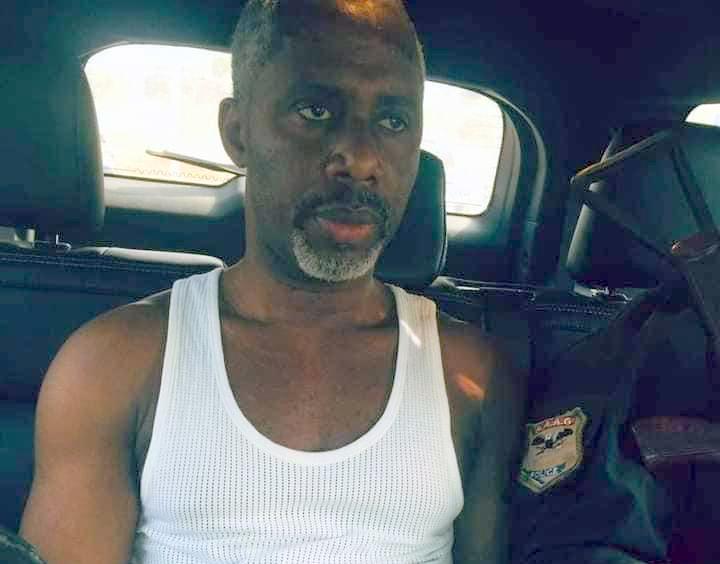 The  2019  governorship candidate of Action Alliance (AA) in Imo state,  Uche Nwosu,  has opened up on how he was ‘abducted’ on Sunday in a Gestapo style by security operatives.

He said  the operatives  who acted on the orders of one Shafa, whom he described as the Chief Security Officer (CSO) of the  Imo State Government House”,  threatened to “blow off my head  if I did not follow them.”

Nwosu, who is the son-in-law of the former Governor Rochas Okorocha, added that he was first driven to the Government House in Owerri before being taken to Enugu where he was put in a private jet for a flight to Abuja.

The politician had earlier yesterday confirmed through his Spokesman, Chikezie Nwadike,  that he was freed the same day. He also claimed he was not invited by any security agency, prior to his ordeal.

Nwosu was arrested during an outing service in honour of his late mother, Jemamah Nwosu, at St. Peter’s Anglican Church, Eziama-Obaire in Nkwerre Local Government Area of Imo State.

The incident led to a verbal altercation between the senator representing Imo West in the National Assembly, Owelle Rochas Okorocha, and the Imo State Government.

The government, which had distanced itself from the arrest, yesterday condemned the fact that it was carried out on church premises. Also yesterday, the state Police   Command claimed that “officially,” it was not aware that Nwosu had regained his freedom.

Briefing reporters in Abuja, Nwosu, who is also an All Progressives Congress(APC) chieftain,  said the invasion of the church by the operatives and his arrest were uncalled for as there was no prior invitation by the Police or any other security agency.

He said:  “While the service was going on, some heavily armed security men invaded the church from different doors.  While some went straight to the alter, others were walking from one line of the pew to the other.

”When they spotted me, they opened fire and started shooting inside the church, some of them walked up to me and said I should get up and follow them or they will blow off my head. I demanded to know who they were and where they were taking me, but they started dragging me. All the while, they were still shooting and everyone in the church was scampering for safety.

”It was like a war;  they kept shooting inside the church and everybody was running in different directions. It was just an act of God that stray bullets didn’t hit any of the clergymen because they were firing straight at the alter.

”After they dragged me from the church into their car, they drove off, When we got to Owerri, three of the cars drove into the  Government House and they drove me in one of the cars to Enugu”.

”On the way, they stopped after one of them answered a phone call and said Shafa, who is the CSO  asked them to get my pictures. They tore my clothes and took my pictures with handcuffs and sent them to the CSO.

”After that, they drove me straight to Enugu Airport, where a chartered private jet was waiting and they flew me straight to Abuja. It was at Abuja that it was discovered that the Police hierarchy was not aware of the operation. It was purely planned and hatched at the Imo Government House.

”I was not invited by the Police or any other security Agency before my abduction from the church”.

Why Nigerian youths are not happy with political leaders – Obaseki