JUST IN: Law school forced to move venue of call to bar over security threat 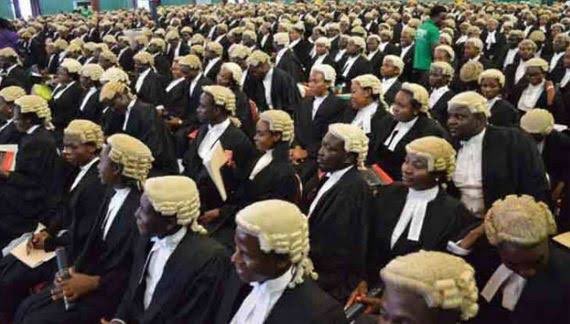 The Nigerian Law School was on Wednesday forced to move the venue of the call to bar for aspirants to the bar, following a security threat at the Abuja law school.

TheNewsGuru.com (TNG) reports that the call to bar event that was supposed to be held at the school’s headquarters in Bwari, Abuja was held at the Secretariat of the Body of Benchers.

The Secretariat of the Body of Benchers is behind the headquarters of the Economic and Financial Crimes Commission (EFCC) in the federal capital territory (FCT).

Aspirants to the bar were quickly informed of the change of venue via a circular signed by the Director General of the school, Prof Hayatu Isa Ciroma.

“The Director-General has directed to notify candidates of the change of the Call to the Bar venue from the Nigerian Law School Bwari to the Body of Benchers Secretariat along the Airport Road, Abuja by 1pm tomorrow 27th July, 2022. All Aspirants to the Bar are expected to be seated by 9am at the venue,” the circular read.

All Aspirants to the Bar are expected to be seated by 9am at the venue.

TNG reports the event was ongoing at the time of filing this report. In August 2021 the Body of Benchers called to the bar a total of 4,350 new lawyers.

Although the reason for the change of venue was not given, it may not be unconnected to the heightened insecurity in the FCT.

On Sunday, a captain and two soldiers attached to the Presidential Guards Brigade of the Nigerian Army were killed in an ambush by terrorists.

The soldiers were reportedly ambushed after they visited the Nigeria Law School following a distress call from the authorities of the school.

The school management was said to have alerted that terrorists had dropped a letter indicating an imminent attack on the school.

Meanwhile, the Inspector General of Police, Usman Alkali Baba, has ordered the deployment of additional forces to strategic areas in the federal capital territory.

The Force Public Relations Officer, Muyiwa Adejobi, disclosed this in a statement on Tuesday amid concerns over security breaches in some parts of Abuja, the nation’s capital.

According to Adejobi, the police are not leaving any stone unturned to fortify the Federal Capital Territory and its environs.

He called on residents of the FCT to synergise with the police and other security agencies to forestall any breach of security in the nation’s capital.