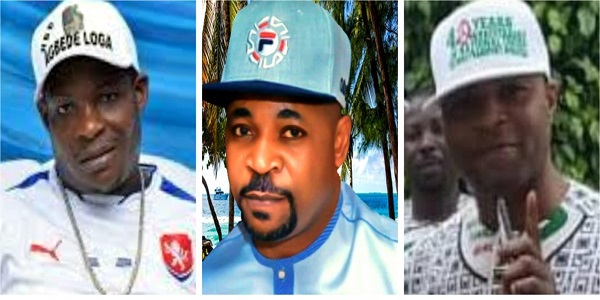 The Lagos State Government (LASG) has suspended the National Union of Road Transport Workers (NURTW) activities at Eyin Eyo, Church Street and Idumota Bridge indefinitely due to the recent violence in those areas.

Special Adviser to the Governor on Transportation, Oluwatoyin Fayinka, made the disclosure in a statement, signed by the Asst. Director, Public Affairs of the Ministry of Transportation, Mrs Bolanle Ogunlola, in Lagos on Tuesday.

He said that the Lagos State suspended the NURTW activities in a bid to fulfill one of the cardinal objectives of the T.H.E.M.E.S Agenda of the present administration in Lagos State as it relates to Security and Good Governance under Traffic Management and Transportation.

Fayinka meted out the ban to prevent further acts of violence at idumota, adding that the Lagos State Parks Monitoring Authority would resume at Eyin Eyo.

He further stated that the Rapid Response Squad (RRS) would station an Armored Personnel Carrier (APC) on Idumota Bridge to deter motorists from driving against traffic which is in conflict with traffic Rules and Regulations.

Fayinka said that the RRS would also be available to enforce the suspension of the NURTW within the axis and simultaneously flush out the Oju Opake boys lurking along Plaza around Church Street axis.

He said LASG would also suspend the activities of the transport union at Church Street and John Street, particularly Keke Marwa and Mini Buses (Korope).

The Transport Special Adviser added that the Rapid Response Squad (RRS), in collaboration with the State Police Command, would ensure Safety of lives in the area.

“The State Security Operatives are hereby put on Red Alert to ensure Safety and Security of lives and property in Lagos Island and environs,” Fayinka stated.

Appreciating the position just taken by State Government, the Iya Oloja, Lagos Island, Alhaja Risikat Odumosu, expressed displeasure at the wanton looting and destruction of their goods in shops around Idumota area.

She pleaded with the State Government to come to their rescue, adding that they will not stand back and watch their properties destroyed by miscreants whom they had never seen before.