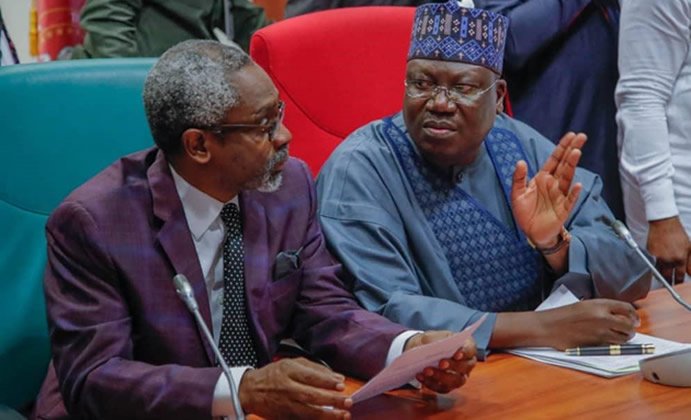 Leaders of the National Assembly, Ahmad Lawan and Femi Gbajabiamila have reacted to the death of a reporter of the Vanguard newspapers covering the House of Representatives, Mr. Tordue Salem.

Salem’s body was found by the police on Thursday, a month after he went missing.

Lawan in a statement signed by his spokesperson, Ola Awoniyi on Friday said, “It is shocking to hear that the journalist had all the while been killed by a hit and run driver in an accident.

“This is a very unfortunate and heart-rending development.”

Lawan said the concern of the National Assembly, when the Senate and the House of Representatives passed separate motions over the disappearance of Salem, was that he was quickly found and reunited hale and hearty with his family and colleagues but unfortunately, he was found dead.

The Senate President sent his condolences to the family of Salem, the management of Vanguard Newspapers, the National Assembly Press Corps, and the Nigerian Union of Journalists (NUJ) over the loss.

He also prayed to God to comfort all the loved ones of the departed Salem and grant them the fortitude to bear the loss.

In a similar reaction, the Speaker said it was more painful that Salem, whom he described as a vibrant and committed journalist, went missing for almost a month before his corpse was discovered at a morgue in Abuja.

Gbajabiamila recalled how Salem distinguished himself as one of the finest journalists that provided covered the activities of the House for many years.

In a statement signed by his spokesperson Lanre Lasisi, Speaker Gbajabiamila sent his condolences to the late Salem’s family, Vanguard newspapers, the Nigerian Union of Journalists (NUJ), and the House of Representatives Press Corps.

While praying for the repose of the soul of the late journalist, Gbajabiamila prayed God to grant his family and colleagues the fortitude to bear the loss, adding that Salem would be sorely missed.

Senate President, Ahmad Lawan, says he is shocked and saddened by the news of the death of a National Assembly correspondent, Tordue Salem of Vanguard newspapers.

The body of Salem was found by the Police on Thursday, November 11, a month after he went missing.