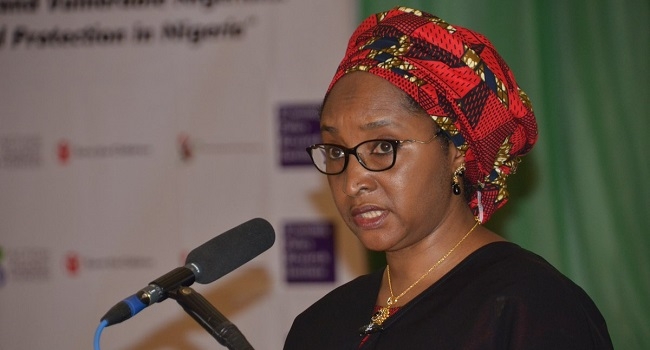 The Federal Government is considering an out-of-court settlement to resolve the lingering disagreement with states over the collection of the Value Added Tax (VAT).

“I have to do this carefully because they are issues in court, and I am not supposed to be talking about issues in court,” said the minister who declined to give more details.

“But I do hope that this problem can be solved by sitting on the table, not on the pages of newspapers, not disagreements in court because it is possible to solve it on the table.

“Yes, there will be a positive political solution. We are working towards an out-of-court solution.”

She explained that the Federal Government was already making lots of efforts to reach out to authorities in the states.

Asked if the engagements were between her office and the governors, or at the National Economic Council (NEC), Ahmed said, “I said I didn’t want to discuss it because it is in court so I have to be careful.”

TheNewsGuru.com, TNG recalls that Justice Stephen Pam of the Federal High Court in Port Harcourt had in a ruling delivered in August granted the Rivers State government the right to collect VAT, instead of the Federal Inland Revenue Service (FIRS), paving the way for Governor Nyesom Wike to assent to the VAT Law, 2021.

But the FIRS, which was displeased with the development, filed a motion on notice to apply for a stay of execution on the earlier judgement delivered by Justice Pam.

Justice Pam, however, refused the application on the ground that the federal agency failed to file an application to set aside the tax law recently enacted by the Rivers State House of Assembly.

The FIRS later approached the Court of Appeal in Abuja with a civil motion seeking a stay of the execution of the judgement granted by the court in Rivers, pending the determination of the case.

In its ruling, the appellate directed all parties to maintain the status quo and refrain from taking action that would give effect to the judgement delivered by Justice Pam, pending the hearing and determination of the instant suit.

Displeased with the development, the Rivers State government filed an appeal at the Supreme Court to challenge the ruling of the appellate court.