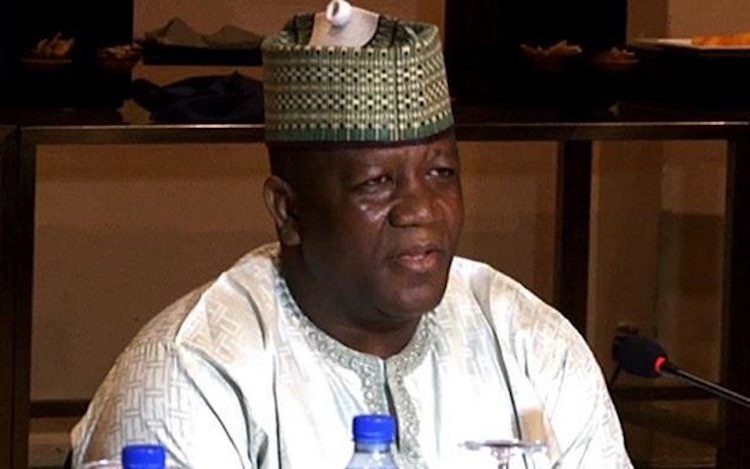 Former Gov. Abdulaziz Yari of Zamfara says he is still in the race for All Progressives Congress (APC), National Chairmanship, contrary to speculations that he has dropped from the race.

Yari said this on Tuesday in Abuja when he spoke with newsmen shortly after a meeting with the APC Senate Caucus.

Reacting to media reports that the party had already zoned the position to the North-Central, Yari said that he was not aware of any zoning arrangement.

“I do not know anything about the issue of zoning because it was not communicated to me, I only saw it on social media.

“I have picked form and we are ready to meet at the ballot,” he said.

Yari, who frowned at zoning, said that members of the party were trying to break the jinx called zoning by embracing real democracy.

Earlier while at the meeting with the caucus, Yari said he was at the Senate to solicit the support of the senators.

“I am here to solicit for your support. I believe we have been working together and we can still work together,” he said.

Yari said that the party needed people that were tested and trusted to handle its affairs.

“It is not about where you are from, but what you have done in the past and what people think you can do,” he said.

Speaking, Deputy Senate President, Ovie Omo-Agege, said that the APC was at a cross road.

“That is a bad news. But the good news is that we are about to rebound from those challenges.The nearer we get to Saturday, the better the prospects and our hopes that all of those challenges will become a thing of the past.

“All we seek in the National Assembly, is a strong and united APC that will come out of this convention and step forward to win the next elections.

“We have an obligation as a party to disappoint our opponents, the PDP.