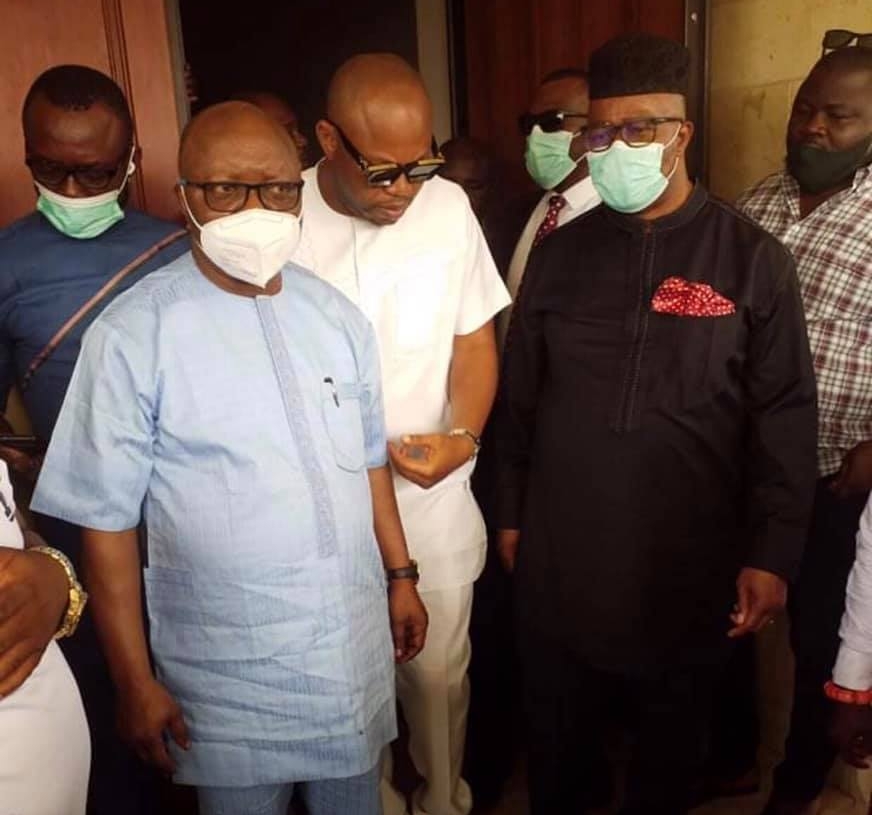 The Minister of Niger Delta Affairs, Senator Godswil Akpabio, held a meeting with the immediate past governor of Delta State, Dr. Emmanuel Uduaghan in his residence in Warri, Delta State on Friday.

The meeting TheNewsGuru.com, TNG gathered is part of ongoing consultations with stakeholders of the Niger Delta region to ensure peace in the oil-rich region, in respect of the agitations for the swift inauguration of the NDDC board. The minister visited in the company of the sole administrator of the Niger Delta Development Commission (NDDC), Mr. Akwa Effiong.

A Facebook post at about 8:58 pm on Friday by the former governor said issues bordering on fostering peace in the region was the focus of the meeting.

“I had the pleasure to receive my brother, former Governor of Akwa-Ibom State and Minister of Niger Delta Affairs -Sen. Godswill Akpabio, at my country home in Warri earlier today.

“We discussed sundry issues bordering on how to foster the enduring peace and ways to chart new developmental frontiers in our dear Niger Delta region,” the post stated. 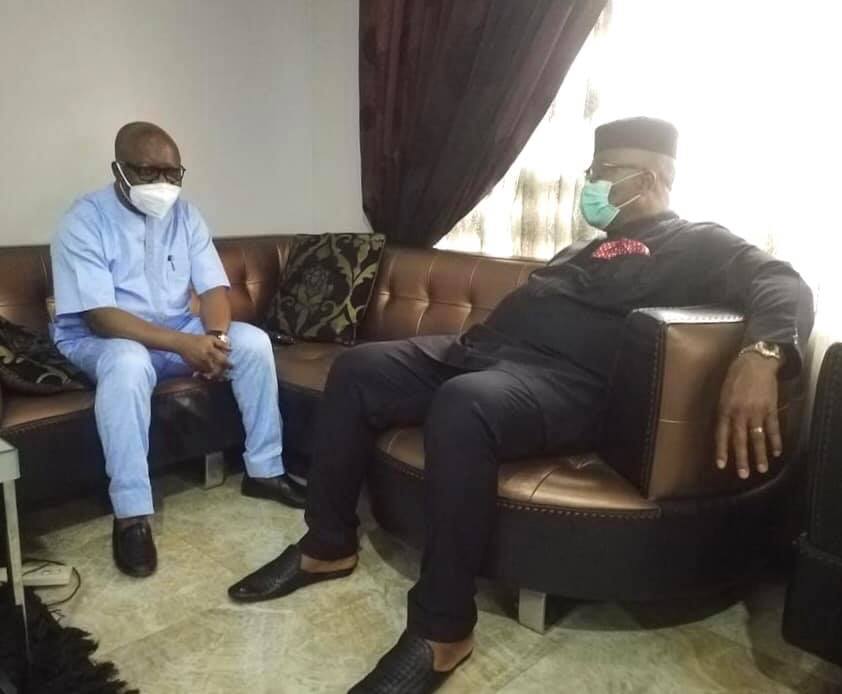 President of the Itsekiri National Youth Council, Weyinmi Agbateyiniro and youth leaders were present at the meeting.

Akpabio, on Thursday, landed at the Osubi Airstrip, then boarded a speed boat in the company of Delta’s deputy governor, Kingsley Otuaro, to Oporoza, the country home of ex-militant leader, Chief Government Ekpemupolo (alias Tompolo), in Warri Southwest.

The meeting was held to persuade aggrieved people of the region, especially Tompolo, against following through with the threats to disrupts activities across the Niger Delta, by the end of a seven-day ultimatum which will expire midnight Saturday.

According to reports, stakeholders had remained adamant during the meeting that the seven-day ultimatum stands.

But Senator Akpabio told newsmen shortly after the meeting that he “will fast track the process” of inaugurating the board as soon as he returns to his office in Abuja.

Deputy Governor Otuaro said the minister will be working closely with a selected team to ensure that the process commences and is settled immediately.

How German players taught me about humility – West Ham coach