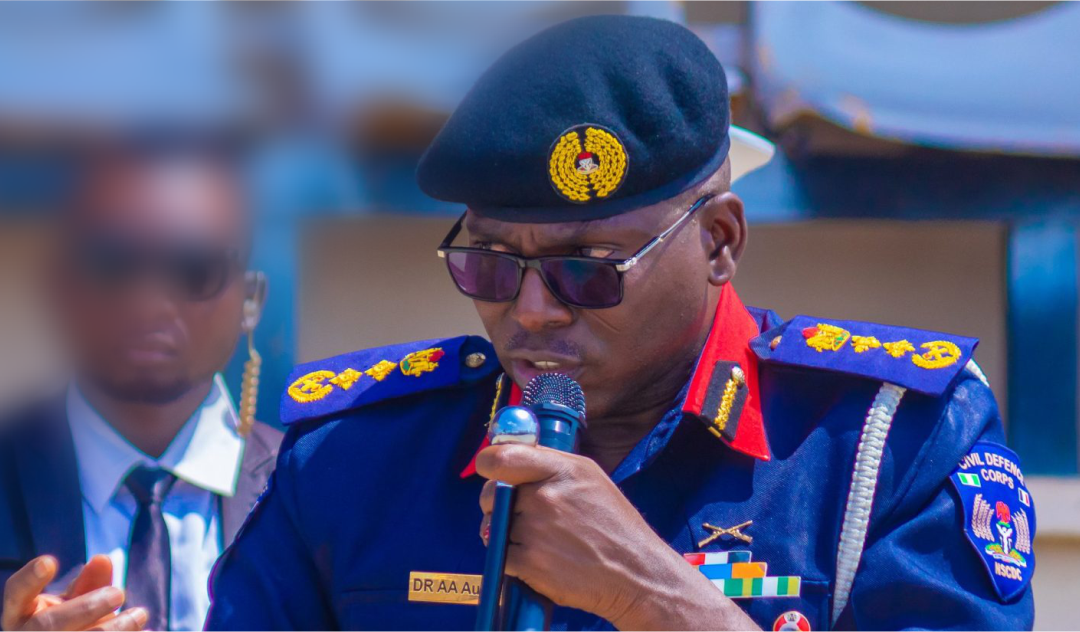 Audi made the observation when he featured on the NAN) Forum in Abuja.

“I strongly disapproved of it. Even now that there is no law in existence, you still have proliferation of small arms and light weapons in the hands of people.

“It has to do with civilisation and education.

“Even in Europe and America where they have that law where virtually everybody once you can drive can have arms, they are trying to control it now because of how some events unfold.

“In the world, especially in Europe and America, somebody will just wake up and just go to a school and open fire on kids. You know that is madness.

“And so for me, I don’t think we are there yet to allow citizens carry arms.”

The CG also spoke on the efforts being made by the NSCDC to address farmers/herders clashes in the country.

He said that the Corps, in collaboration with the Federal Ministry of Agriculture, had trained over 3,000 Agro Rangers to provide security to farms and other agro allied investments.

The CG said that the unit was a specialised department, which also help to reconcile farmers and herders.

“They are still there and presently we have even trained about 3,000 of them and as you can even see me sitting here, this is their uniform, the uniform of Agro Rangers.

“They are under a department called Peace and Conflict Resolution, and using Alternative Dispute Resolution, they have settled over 1000 cases between farmers and herders nationwide.

“You can see them visibly in Borno, Yobe, Kaduna, Adamawa, Enugu and they are there doing their work, “he said.