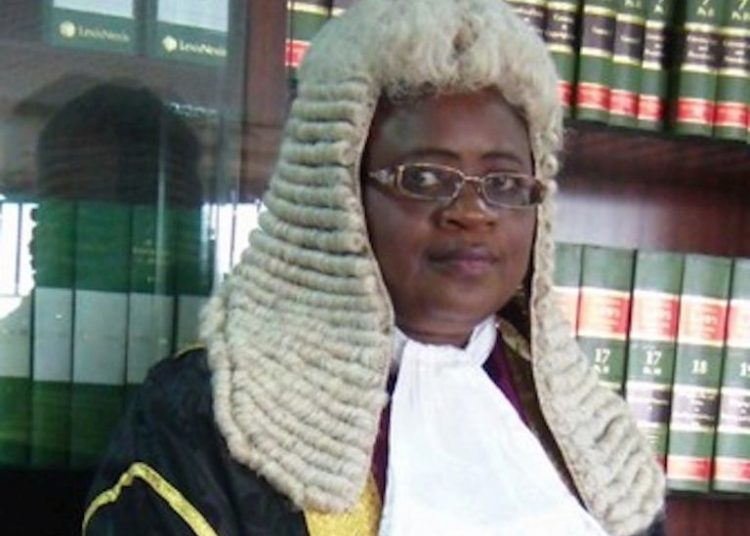 Justice M. B. Dongbam-Mensem, Acting President of the Court of Appeal

Justice Monica Dongban-Mensem and 68 others have been recommended by the National Judicial Council (NJC) to President Muhammadu Buhari and governors for appointments.

The NJC recommended Justice Dongban-Mensem as the substantive President of the Court of Appeal.

Justice Dongban-Mensem is the Acting President of the court. She was sworn-in by Chief Justice of Nigeria (CJN) Justice Ibrahim Muhammad on March 7, a day after President Buhari appointed her in that capacity.

NJC’s spokesman, Soji Oye, said in a statement that the request formed part of the decisions taken at the virtual meeting of members of the council on April 22 and 23.

The statement listed 69 others whose appointment as judges, the NJC recommended at the meeting.

The NJC recommended the appointment of 33 judges for the High Court of the Federal Capital Territory (FCT), eight for Lagos State High Court, five each for Delta and Kwara states’ High Courts and four for Kaduna State High Court.

The NJC equally recommended the appointment of presidents for the Customary Courts of Appeal in Abia and Oyo states, and, Grand Kadis for the Sharia Court of Appeal in Jigawa and Sokoto states.

Adam Salihu Yarima and Muhammed Adam Makiyu were recommended for appointment as Kadis of Sharia Court of Appeal, Katsina State, while Muhammad Ashiru Sani and Safiya Umar Badamasi were recommended as judges of the state’s High Court.