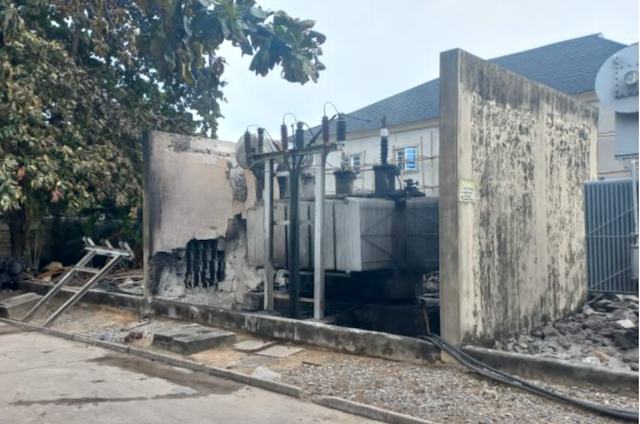 On Tuesday, there was panic in the Idumagbo and Ajele areas in the Island, Lagos State when fire engulfed one of the 15MVA power transformers inside a substation serving the areas.

TheNewsGuru.com (TNG) reports that the Eko Electricity Distribution Company (EKEDC) has confirmed the fire incident, disclosing that it occurred at its injection substation in Idumagbo, Lagos Island.

Idemudia said that the incident affected electricity supply to customers in Idumagbo and Ajele areas.

He said the incident occurred about 3.00 p.m. when one of the 15MVA power transformers inside the substation caught fire.

“This is to inform our dear customers in Lagos Island that a 15MVA power transformer at our New Idumagbo Injection Substation caught fire around 3.00 p.m. today.

“We will like to thank the firefighters who quickly responded to our call and arrested the situation to prevent the spread of the fire and further damage.”

Idemudia said that the DisCo’s technical and safety teams were currently assessing the situation and investigating to identify the cause of the fire.

He appealed to customers whose supply was affected by the fire outbreak to bear with the company and assured them of interim arrangements to restore power to them from another source.

RCCG: Some persons mocked me after losing my son – Adeboye

RCCG: Some persons mocked me after losing my son - Adeboye