The Zamfara Police Command, has confirmed that unidentified gunmen killed Alhaji Ibrahim Madawaki, the District Head of Kucheri in Tsafe Local Government Area of the state.

The Police Public Relations Officer (PPRO), SP Muhammad Shehu, made the confirmation in a statement in Gusau on Saturday.

Shehu said some unidentified gunmen invaded Kucheri town at about 9:00 p.m. on Friday and killed the district head in front of his house.

He said when the police visited the scene of the crime, they discovered that nothing was removed from his house.

According to him, the Commissioner of Police, Mr Kenneth Ebrimson, has ordered investigation into the incident with a view to apprehending the perpetrators.

Shehu also called on the public to report the activities of suspected hoodlums promptly, so as to enable the police to effectively tackle the security challenges facing the state. 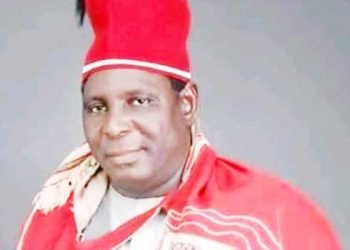