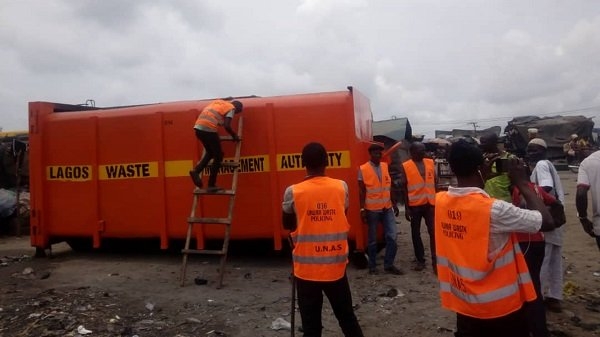 …How this may affect Sanwo-Olu

Indications have emerged that some forces within the Lagos State Government may be planning a vicious attack on one of the brilliant minds making waves in the Sanwo-Olu administration, Dr. Muyiwa Gbadegeshin.

Reports have it that the said leader of the hawks, a senior government official has disbursed a huge sum of money today to some Bloggers to begin to promote a false story that an audit of LAWMA account has uncovered what they called “massive fraud” in the accounts of the agency. Contrary to the claim, there is no such audit report anywhere.

According to a Source who pleaded for anonymity, ” Lagosians should watch out. Each of the Bloggers got a sum N100,000 to N150,000 depending on their clouts to help promote the false news. I can tell you for free, there is no audit report like that. It is just politics taken too far.”

Another reliable Source close to the APC leadership said, “I do hope that those behind this campaign will be called to order by Governor Babajide Sanwo-Olu. This is just pure indiscretion. We cannot be arming the opposition. Have we learnt anything at all in the current Edo State saga? They should just know, the internet never forgets.”

He lamented that this internal mess has gone on for weeks now because the national leader of the APC, Asiwaju Bola Ahmed Tinubu has been preoccupied with other issues such as the Lagos State House of Assembly crisis and now the death of the Senator representing Lagos East, Bayo Oshinowo popularly caller Pepper.

“This whole thing is about an attempt by these hawks to gain control of LAWMA ahead of 2023 so they can dictate some terms to Governor Sanwo-Olu when the time comes to seek reelection. They know Asiwaju will be busy with his own campaign in 2023. So these guys want to take control and checkmate Sanwo-Olu. You know LAWMA is a grassroots movement,” the Source further said.

The battle for the soul of LAWMA has been raging for weeks now unabated.

Ondo 2020: 'I’m ready for any form of primary, Akeredolu boasts after meeting Buhari