...As Ogun State Police Command instructs Portable to report himself

by Bartholomew Madukwe
in Entertainment, News
Reading Time: 2 mins read
555 12
A A
0 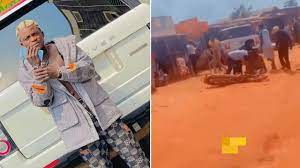 The aide to controversial singer, Habeeb Okikiola, A.K.A Portable, has reportedly hit a bike man in Ogun with his Range Rover.

According to reports, the singer’s aide was rushing to his employer’s second child naming ceremony when the gruesome incident happened.

It was gathered that the victim of the accident was rushed to the hospital but did not make it.

TheNewsGuru.com (TNG) recalls that Portable was yesterday, June 20 summoned by the police for organizing some boys to beat up a man, identified as DJ chicken.

The Ogun State Police Command instructed Portable to report himself to any of the stations in the state or face arrest after a video serving rounds online showed the singer telling some youths to beat up a young man and inflict bodily injury on him.

A statement released by the spokesperson of the state police command says the incident was said to have taken place somewhere within Ogun State about two days ago.

“Such unruly and violent behavior is not only barbaric but unbecoming of somebody who is supposed to be a role model for the youths and therefore should not be tolerated.

“In view of this, the Command is using this medium to advise Okikiola Habeeb a.k.a Portable to report himself at the nearest police station in Ogun State, a failure of which his arrest will be ordered.

“The flagrant display of impunity by portable in the viral video is condemnable and if not checked, it will send a wrong signal to the youths who are looking up to him as a role model.” the statement read 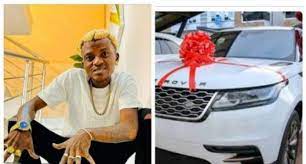 Opeyemi revealed that jungle justice has no place in the law and whoever indulges in it must be made to feel the weight of the law, no matter the status of such person.

In the video that’s been shared online, Portable is seen ordering young men to assault the victim for reaching out to his wife to advise him to send all the boys around him away.