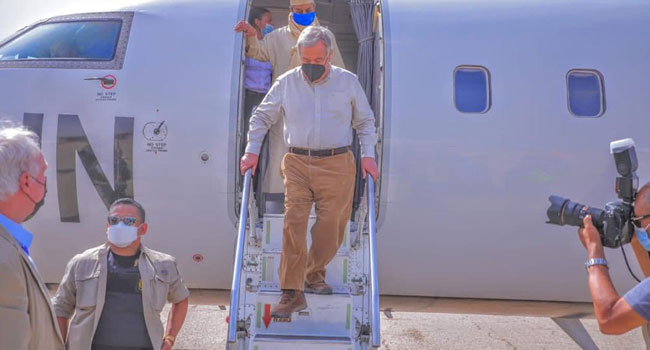 The highly publicised meeting of the United Nations Secretary-General, Antonio Guterres with religious leaders in Nigeria at the UN House in Abuja was attended by only the Catholic Archbishop Emeritus of Abuja, John Cardinal Onaiyekan.

Speaking to Journalists at the end of the meeting, Cardinal Onaiyekan expressed shock that he was the only one at the meeting that invitation was reportedly extended to them.

Onaiyekan condemned the action of Government to accept repentant terrorists, calling on leaders at all levels to work with sincerity of purpose to end the myriad of problems in Nigeria.

He also called on Nigerians aspiring for political positions to make sure that they have solutions to the country’s problems before seeking the mandate of the people.

At the meeting Guterres had with women, the Minister of Women Affairs, Pauline Tallen said they brought their cry to the United Nations through the Secretary-General to support Nigerian women who are mostly at the receiving end of any crisis in the country.

The United Nations scribe also held a meeting with members of the Diplomatic community in Nigeria.