by Ediri Oyibo
in Economy, News
Reading Time: 2 mins read
A A
0 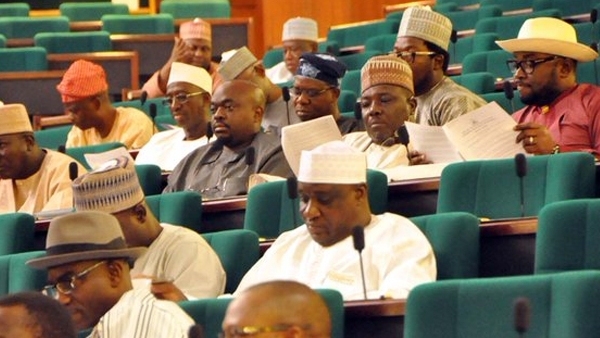 The trace of the alleged missing fund believed to have been stolen and diverted to a foreign destination, was contained in the two documents submitted by the Nigerian National Petroleum Corporation (NNPC) at the committee’s sitting.

While responding to questions from members of the committee, Mr Rabiu Bello, NNPC’s Chief Operating Officer (COO), admitted that there were discrepancies in the documents.

In his presentation earlier, Mr Jack Ukitetu, a Director in Central Bank of Nigeria (CBN), who represented the bank’s Governor, explained that the Accountant-General of the Federation approved and determined the money accrued to the Excess Crude Account.

Ukitetu said that before 2006, the CBN collected the money on behalf of government’s agencies and remitted into the Federal Reserve Account in New York and charged 0.25 per cent.

He, however, added that after 2006, the oil companies paid directly what was due to the government.

On commissions being collected by the apex bank, the director told the lawmakers that the CBN collected 0.25 per cent via foreign exchange allocation and did not charge the Federal Government as deduction were made from central sales.

He, however, pledged to submit “more damaging documents” on the alleged crude oil theft to the committee on Wednesday “ which will help in unearthing the unremitted revenue accrued from oil and gas but not remitted”.

Speaking earlier, Chairman of the committee, Rep. Abdulrazak Namdas, said that the committee would not hesitate to submit its report to the House without the inputs of major Ministries, Departments and Agencies (MDAs) which failed to honour the committee’s invitation.

Toward this, the committee mandated the CBN and NNPC to submit the audited report of the oil and gas account showing the remitted funds into the Federation Account between 2011 and 2014.

The lawmakers also requested for report of the reconciliation conducted by NNPC and Federal Inland Revenue Service (FIRS) as well as the list of oil off-takers for 2013 and 2014.

Similarly, NNPC is expected to provide details of the companies that paid oil tax between 2011 and 2014 as well as the Letter of Credits (LCs) of all the monies paid into the Federation Account within the period.