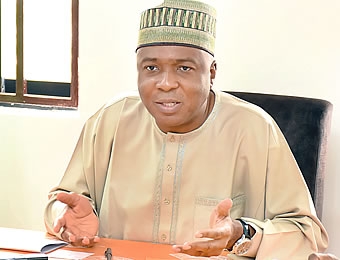 Nigeria’s Senate President, Bukola Saraki, has on Tuesday announced the launch of the #MadeInNigeria Challenge.

The President of the Senate took to the social media profiles to make the announcement of the challenge and the guidelines for it.

“As promised, we kick-start the soft launch of the #MadeInNigeria Challenge,” a post read on the President’s Facebook page.

#DemocracyDay: ‘Get your PVC’ ahead 2023 general elections, Saraki advises Nigerians

“This campaign is organized to showcase everyday products that are used by Nigerians and produced by Nigerians locally that serves as an alternative to imported products,” the post continued.

Saraki said that in the next few weeks, he hope to have identified products and ideas that can be matched with investors and government agencies.

“To wrap up the Challenge in March, we will be inviting some of the finalist to a Made In Nigeria Roundtable at the Senate,” he said, adding that “This Roundtable will allow us, legislators, Government Agencies, business owners, and everyday Nigerian consumers to review and update the report of NASSBER, the National Assembly Business Environment Roundtable, which was held in 2016 to improve the ease of doing business in the country”.

While wishing participants good luck in the Challenge, he advised participants be sure to use the hashtag #MadeInNigeria in all submitted videos. 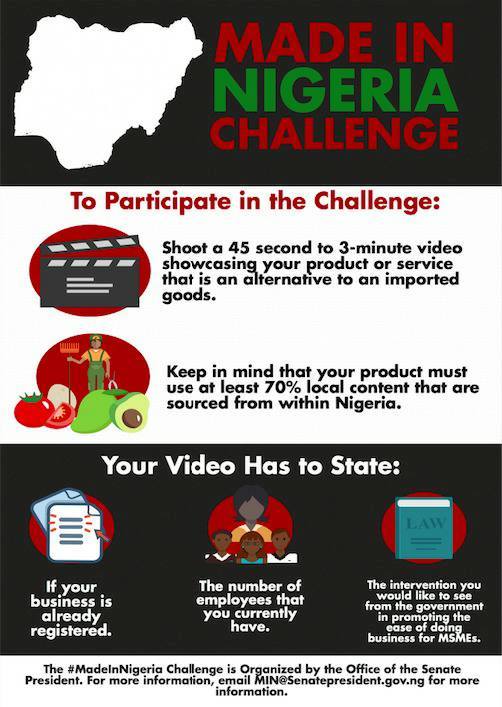