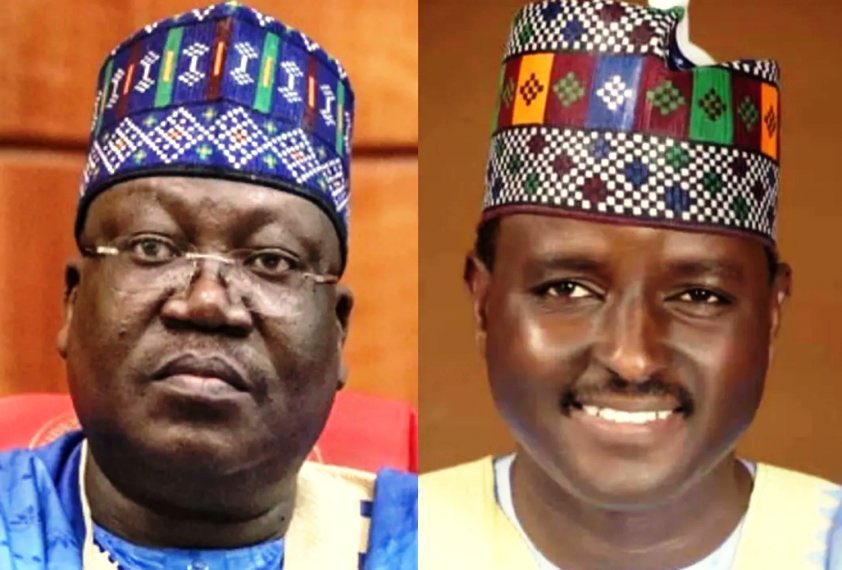 The Senate President, Ahmed Lawan, has finally accepted defeat to Bashir Sheriff Machina who was affirmed by a court as the rightful APC candidate for Yobe North senatorial district in the 2023 elections,

APC’s primaries in June produced Machina at a time Ahmed Lawan was busy with his presidential aspirations against the likes of eventual candidate, Bola Ahmed Tinubu.

However, the senate president, Rotimi Amaechi, Governors Yahaya Bello, Dave Umahi and other aspirants including the Vice President, Professor Osinbajo lost to Tinubu.

Lawan would later return to claim his Yobe North ticket which was earlier won by Machina. This did not sit well with the latter and that forced him to drag Lawan to court.

A Federal High Court sitting in Damaturu, Yobe State, on Wednesday, passed a judgment in favour of Machina following series of proceedings.

Accepting the court’s ruling, Lawan in a Twitter post said he has accepted the judgment in good faith and will not further appeal the case.

“After due consultations with my political associates, supporters and well-wishers, I have decided not to appeal against the judgement. I accept the judgement.

“At this juncture, I deem it appropriate to thank His Excellency, Senator Ibrahim Gaidam for the leadership role in the APC political family in Yobe State. I also thank His Excellency, Governor Mai Mala Buni for the support and brotherhood,” Lawan tweeted, thanking his constituents for the opportunity given to serve them in the Red Chamber.

“To my constituents, I thank you all for your unflinching support, loyalty and unreserved commitment to the course of building our people and Yobe North Senatorial District and indeed Yobe State.

“I want to assure you that I will continue to serve you in my personal and any other capacity at all times.

“We journeyed together for a long time, and this journey will remain a lifelong journey. It has been a wonderful relationship and it can only get stronger. I am indebted to you all. Alhamdulillah,” he added.