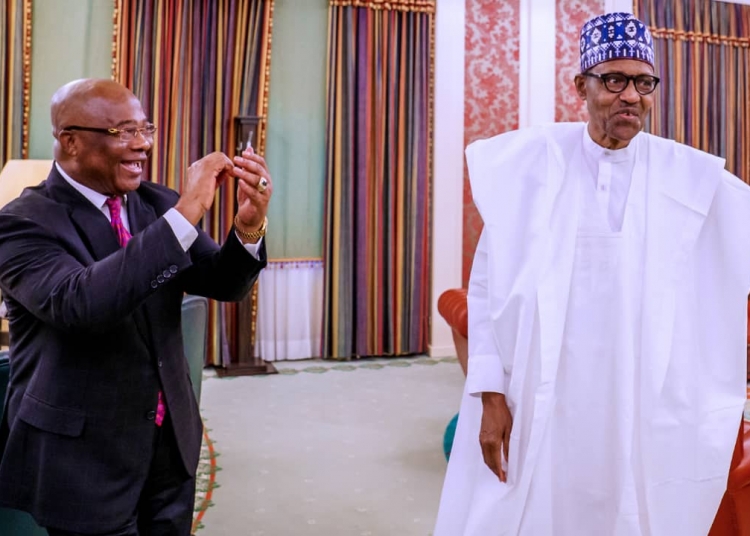 Imo State Governor, Hope Uzodinma has blamed the recent attack on security facilities in the state on aggrieved politicians, saying their aim was to destabilise his government and that of President Muhammadu Buhari.

Uzodinma stated this on Wednesday during a monitored interview on Channels Television three days after gunmen stormed the Nigerian Correctional Services and the Police Headquarters in Imo State, freeing an unspecified number of prison inmates.

When asked if the tragic incident was a direct attack on his government, the governor replied in the affirmative.

Uzodinma explained that security agencies have gathered intelligence on the sponsors of the thugs and their planning leading to the attack on government establishments on Monday.

“It is not only on my government, it is both on my government and the Federal Government. We have credible evidence leading to those who paid the hoodlums, where they met, and how they met. Security agencies are already working with this information,” he said.

“Some people are trying to sponsor a synchronise national crisis to bring the government of Muhammadu Buhari to disrepute, otherwise tell me why these things are happening at this time, particularly in Imo, APC state.

“People are sponsoring these people. Some of them already caught have made confessional statements. I am going to forward my report to the central government.”

TheNewsGuru.com, TNG reports that the gunmen who stormed the security agencies on April 5 set the facilities ablaze.

During the attack, one person suspected to be a fleeing inmate was hit by a bullet while carrying his travel bag.

His lifeless body was visibly seen on the ground in front of the correctional centre.

They were said to have operated from 1:00 am till 3:00 am during which they sang solidarity songs at the Government House Roundabout for about 30 minutes before attacking the facilities.