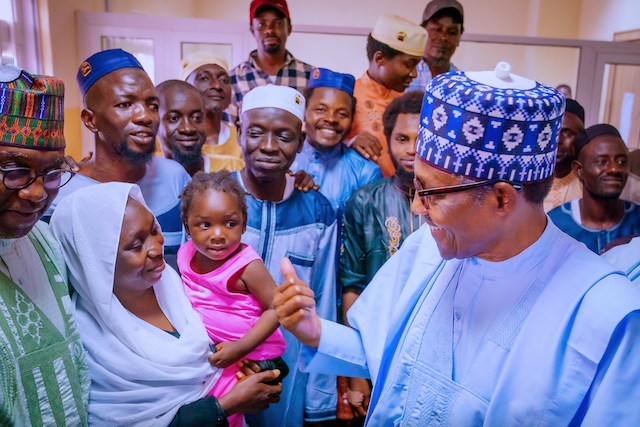 The Christian Association of Nigeria (CAN), has commended President Muhammadu Buhari and security agencies over the release of the Abuja-Kaduna train hostages.

The association said the release of the remaining 23 train passengers taken hostage by Boko Haram terrorists was a huge relief to the nation.

This is contained in a statement signed by CAN President, Daniel Okoh, made available to newsmen on Thursday in Abuja.

“We applaud President Muhammadu Buhari for this development, which serves as a guide for the Federal Government’s fight against our shared national foe, insecurity.

“The successful release of the last few hostages in accordance with the President’s earlier order, shows that the authorities have the political will to put an end to the reign of terror in some parts of the nation.

“CAN also lauds the military and all other security and intelligence agencies for the successful conduct of the operation which led to the release of the hostages.

“They have shown outstanding capabilities in recent times and the whole world will not fail to take note of their good efforts.”

CAN stated that with the necessary support and adequate motivation, the security forces were capable of deploying world-class kinetic and non-kinetic processes towards accomplishing difficult military operations.

“Therefore, the relief that came to the nation arising from the closure of the six-month captivity of the innocent train passengers must be sustained at all times.

“We must not allow the return of the days when terrorists had a free hand to do as they wished to unsuspecting travellers.

“Every Nigerian must be allowed to have peace, whether at home or on transit,” it added.

The association appreciated the doggedness, resilience and hope which the 23 train victims maintained throughout the more than 190 days they spent in captivity.

“We will continue to pray God Almighty to grant us lasting peace and security in the country”, it added.