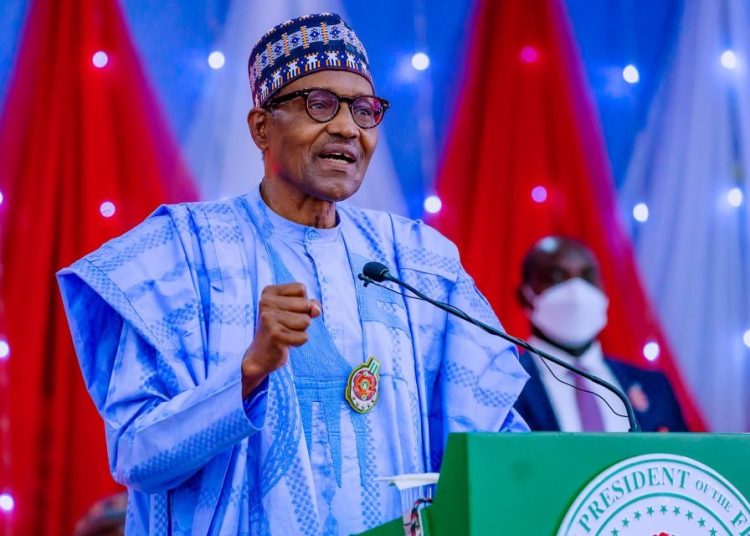 President Muhammadu Buhari has called on traditional rulers in the country to engage their subjects, especially youths, to shun all acts of violence during the 2023 general elections.

Buhari, represented by the FCT Minister, Malam Muhammad Bello, gave the task at the occassion of 25th anniversary on the throne of the Ona of Abaji and Chairman, FCT Council of Chiefs, Alhaji Adamu Yunusa, in Abaji.

He said every leader carried the burden of responsibility to be equipped for the future generations and a better society, even as he appreciated the Ona of Abaji for his efforts in ensuring that his subjects live in peace and harmony.

“We should be reminded that nothing positive can be achieved under the atmosphere of rancour and violence.
“We should therefore make conscious and collective efforts to ensure that peace and tranquility prevails as the election draws nearer,” he charged.

Buhari, while congratulating the monarch for marking his 25th year’s anniversary on the throne, prayed God to continue to give the traditional ruler the divine wisdom to lead his people.

Yunusa had earlier said the stool of Ona of Abaji chiefdom have a long standing history right from when Abaji was under Kwara before the creation of Abuja in 1976.

He revealed that when Abaji became part of FCT, it was the only stool with the highest and recognised graded staff of office among the towns and villages carved in FCT, which was the reason he was promoted to first class status.

The monarch, who revealed that since he ascended the throne 25 years ago, has worked tirelessly together with his people to bring peace amongst different ethnic groups in the FCT, especially in Abaji.

According to him, he has ensured that several chieftancy disputes at various courts are amicably resolved by him, adding that his reign has always ensured cases of kidnappings and banditry in the area are tackled.

Yunusa therefore appealed to the government to innaugurate the completed Federal University of Technology (FUT) Abaji, appointment of indigenes for ministererial positions, transformation of FCT to a State, among other requests.

Newsmen reports that dignitaries that attended the anniversary included representatives of the Emir of Kano, Etsu of Patigi, Emir of Zamfara and top politicians in the FCT.