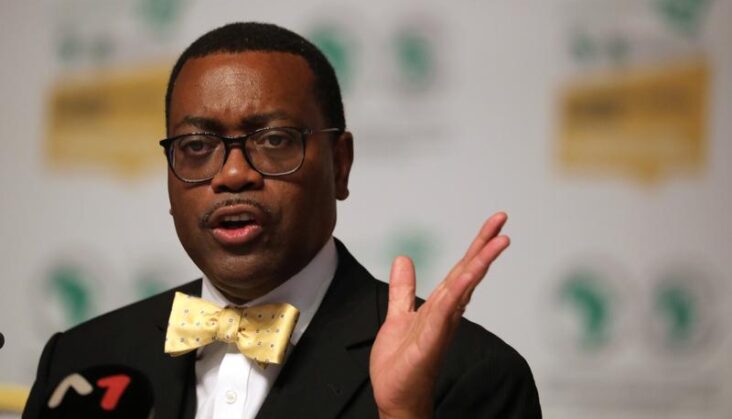 The president of the African Development Bank (AfDB), Dr Akinwumi Adesina, says the bank has secured a 15.6 billion dollars investment for the construction of the Lagos-Abidjan highway.

He made this known through his Twitter handle @akin_adesina which was obtained by Thenewsguru.com on Friday in Abuja.

He said that the investment would strengthen regional trade and integration in West Africa by linking the hinterlands of different Participating Member Countries (PMCs).

The president said that the investment would include providing seaport access to landlocked countries and some transition states of West Africa to the vibrant seaports.

They are Cote d’Ivoire, Ghana, Togo, Benin and Nigeria.

The Abidjan-Lagos Corridor is a flagship project of the Programme for Infrastructure Development in Africa (PIDA).

It forms part of the wider Dakar-Lagos Corridor and a major part of the Trans African Highway Network within the ECOWAS region.

The corridor’s current alignment traverses all major economic centres of the five PMCs starting from “Bingerville”, a suburb of Abidjan and ending at Mile 2 (Eric Moore), in Lagos.

A statement issued by AfDB recently said the Abidjan Lagos project is a key regional trade and transport corridor that interconnects some of the largest and most economically dynamic cities in Africa, Abidjan, Accra, Cotonou, Lomé and Lagos.

It also said that the corridor links other corridors along the north-south axis and interconnects the landlocked countries of Burkina Faso, Mali, Niger and Chad.

“The corridor interconnects the most densely populated and economically active parts of the sub-region –it intersects with a rail network and major ports/airports.

“The transport sector in West Africa plays a key role in the economic development of the region and generates about five to eight per cent of its Gross Domestic Product (GDP).

“This remains cognizant of the fact that an efficient regional transport network is an enabling infrastructure required to promote regional trade and socio-economic development, inter alia.

“ECOWAS and WAEMU member states have consistently committed themselves to the financing of designated regional transport corridors.

“However, a combination of hard and soft infrastructure deficiencies negates its optimal contribution to regional economic growth,’’ the Bank said.