Home » Nigeria » Despite being in PDP, I still remain loyal to Amosun – Akinlade 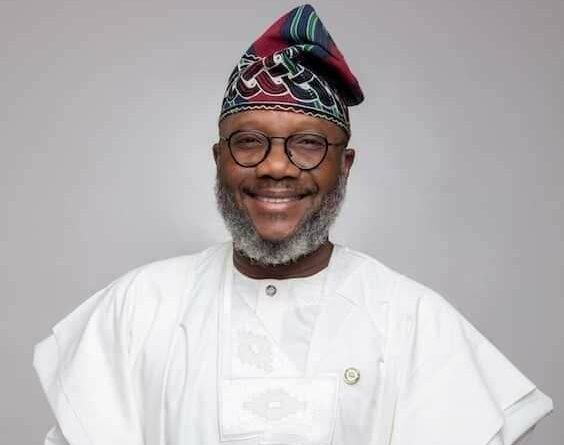 Recall that Akinlade was the anointed candidate of Amosun during the 2019 gubernatorial election but contested under the Allied People’s Movement (APM) platform.

Meanwhile, the former House of Representatives member returned to the All Progressives Congress (APC) after the election and contested the 2023 governorship primary with Governor Dapo Abiodun but lost.

After the primary, Akinlade dumped the APC for the PDP, alleging that the leadership of the party failed to allow a free and fair primary and to honour a sharing formula recommended by the party’s reconciliation committee.

Akinlade later decamped to the People’s Democratic Party (PDP) and accepted to be running mate to Hon. Adebutu ahead of 2023 governorship elections.

But, it appears Amosun was not pleased with Akinlade’s defection as the former governor is reportedly planning to sponsor another candidate in a new party.

In a statement he signed on Saturday, Akinlade appreciated the people of Ogun and his fellow Amosun political family members for their understanding and patience on the issue, which he said had almost demystified their greatness in them in the last few weeks.

While apologizing for what he called the seeming shortcomings on their part, the PDP candidate commended the people for their steadfastness and support over the years.

He said, “My dear good people of Ogun State and most importantly, the SIA political family to which I owe my political attainments to date, I say thank you for your understanding and patience regarding unfolding in-house political events that have almost demystified the greatness in us in the last 5 weeks or so.

“As leaders, I must sincerely apologize for the seeming shortcomings on our part, as I applaud your steadfastness, cooperation, and support over the years, without which none of us, be it leader or protégé, would be here today.

“Meanwhile, one of the lessons that this unfortunate development has brought to light is that accumulation of material riches or political influence, regardless of how high, does not immune one from the fatal fate of a mortal.”

Speaking further, Akinlade maintained that the primary focus of everyone must be on Ogun State and the way the collective heritage, wealth, and resources of the state are being managed in the past three years” “hence, the need to influence a change in the political architecture of this State come March 11th, 2023.”

“our IGR has dropped astronomically, not because taxes are not paid, but for lack of responsive leadership. The level of insecurity across the state is alarming and scary because the perpetrators are practically being indulged for political patronage.”

He said that the focus now should not be who leads what faction or what platform an individual chooses to actualize his political aspiration, but it should be the ability, resourcefulness, and courage of that individual to take a stand in the interest of all.

He further explained that he and Adebutu have reviewed the present conditions of Ogun state and have resolved to redirect the direction through all-inclusive and purposeful governance when elected.

“He (Adebutu) shall hold in trust and deploy your resources in line with the tenets of the Constitution of the Federal Republic of Nigeria for the betterment of Ogun state.

“His administration shall return power to the Local Government Areas and encourage self-development of elected officials at all levels. Unions shall be empowered, and recognized as partners in progress rather than tools as it is the case today. Community-oriented infrastructural development shall be implemented, unlike the present cosmetic “Yellow” roofs that adorn sketchy spots in the state.

“All in all, regardless of the change of my political affiliation and convictions, I shall continue to honour those who saw in me the qualities and ability to speak truth to power.”

Akinlade urged the people of Ogun state to remain steadfast and continue to pray for the state and the country as a whole.