Home » Nigeria » Fear of possible attacks by #EndSARS protesters stops prisons from taking Evans, others to court for trial

Fear of possible attacks by #EndSARS protesters stops prisons from taking Evans, others to court for trial 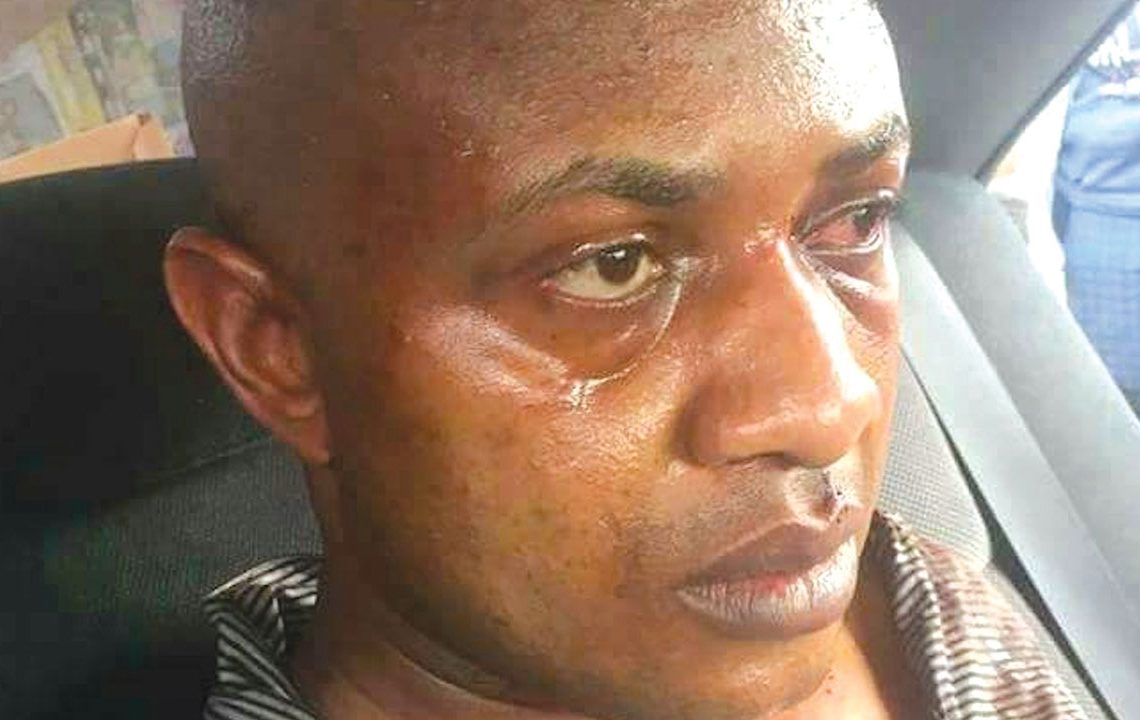 The Nigerian Correctional Service (NCS) on Wednesday did not take alleged kidnap kingpin, Chukwudumeme Onwuamadike, alias Evans, and his co-defendants, before the Lagos State Special Offences Court in Ikeja, where their trial was scheduled to continue before Justice Oluwatoyin Taiwo because of a possible disruption by the #EndSARS protesters.

Evans and his alleged accomplices are facing two separate charges of kidnapping and murder before Justice Taiwo.

The two charges were listed as number 10 and 12 in the court’s cause list for Wednesday.

But neither the prosecution nor the defence came to court.

On enquiry from the court registrar, our correspondent was told that the two cases would not go on as the prisons had communicated to the court that they would not bring the defendants to court, citing the unrest in the city occasioned by the widespread #EndSARS protest.

“They are afraid of hijack by protesters,” the court register noted.

When contacted, the Lagos State Directorate of Public Prosecutions confirmed the development.

Our correspondent observed that the Correctional Service brought no inmates at all to the court.

The NCS Green Marias were nowhere to be found and the holding cells for keeping inmates on the court premises were empty.

Officials at the holding cells said the NCS had not brought inmates to court since Monday.

Attempt to get the NCS spokesman in Lagos, Rotimi Oladokun, to react failed as his mobile phone number was unavailable.

In one of the two charges before Justice Taiwo, the Lagos DPP accused Evans and three others of killing two persons, in their failed attempt to kidnap the Chairman of Young Shall Grow Motors, Obianodo Vincent on August 27, 2013.

According to the prosecution, the criminal operation took place at about 11pm on Third Avenue, Festac Town, Lagos.

Those murdered in the botched kidnap operation were identified as Peter Nweke and Chijioke Ngozi.

Evans was said to have carried out the operation in company with Joseph Emeka, Chiemeka Arinze and Udeme Upong.

The seven counts against them border on attempted murder, murder, kidnapping and illegal firearms deal.

In the second charge, Evans, one Victor Aduba and four others still at large were accused of conspiring among themselves to kidnap one Sylvanus Hafia at about 5.30pm on June 23, 2014 at Kara Street, Amuwo Odofin, Lagos.

The prosecution alleged that they captured and detained Hafia and demanded a $2m ransom from his family.

The defendants, whose trial started since 2017, pleaded not guilty to the charges.