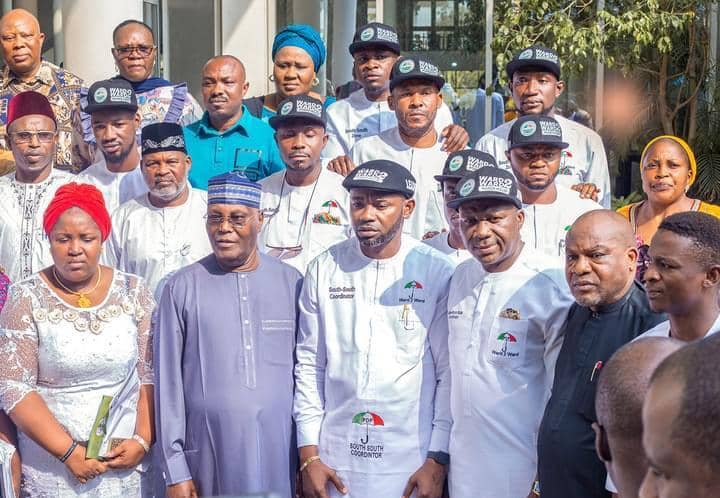 Presidential candidate of the Peoples Democratic Party (PDP), Atiku Abubakar was reportedly deceived by ‘Leo Squad’, a committee of friends purporting to be the executive members of the South South Ward to Ward Group.

According to reports, the group paid a courtesy call on Atiku Abubakar under the guise of representing South-South region on Wednesday, August 10, 2022 at the Shehu Musa YarAdua center in Abuja, was led by Onengiye Leonard Tamunoigbeinbia.

Reacting to the development, Comrade Cleopas Timipre of the South South Renaissance Network for Good Governance (SSRNGG) raised an alarm and cautioned the PDP Presidential hopeful to be wary of groups posturing to represent the South South but have no presence in the region.

Making the call in Asaba, Delta State, following a consultative meeting of South South Political and Allied groups, Comrade Timipre urged the Atiku Campaign to do their due diligence before giving credence to misleading organisations that have no roots or presence within the South South.

“Look at this so-called South South Ward to Ward Group for instance, they are nothing but a committee of friends of the convener Leonard and all from the same community in Rivers State. How can a group we have uncovered as members of ‘Leo Squad’ now posture as being representative of all the States of the South South region. That’s not just misleading, it is fraudulent; a scam!” He queried.

“Gentlemen of the Press, we have supplied you with the details of the identities of key officials of the purported South South Ward to ward group. You will find from the details we supplied that the whole thing is simply a huge joke and an insult on the sensibilities of the South South region. Atiku has to be careful with whom he identifies with. The South South people will not be taken for granted. If all the members of the so-called South South group are from one community in Rivers State then Atiku is either scamming us or has been scammed.”

Information released to the press by SSRNGG indicated that key members of the South South Ward to ward group delegation to Atiku were members of the said Leo Squad led by Leonard Onengiye Tamunoigbenbia and are all said to be from his community Okrika.