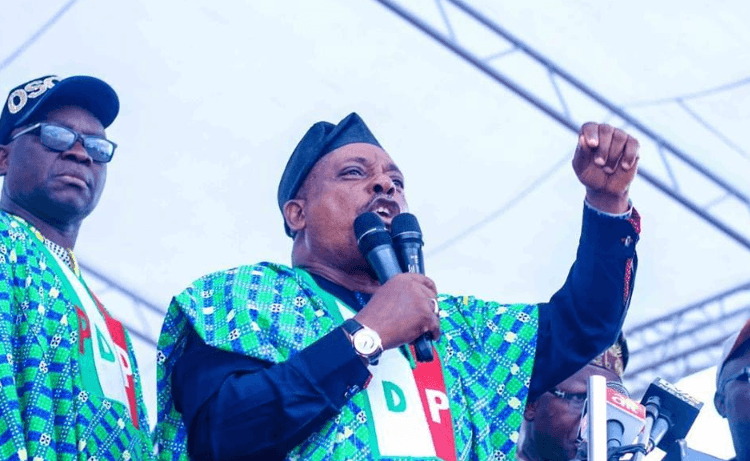 The Peoples Democratic Party (PDP) has condemned the appointment of Mrs Amina Zakari by the Independent National Electoral Commission (INEC) as Chairman of the Collation Centre Committee for 2019 general elections.

The party made the call at a news conference addressed by the Director, Media and Publicity, PDP Presidential Campaign Organisation (PPCO), Mr Kola Ologbondiyan, on Thursday in Abuja.

Ologbondiyan urged INEC Chairman, Prof. Mahmood Yakubu, to immediately reverse the appointment of Zakari, who he described as President Muhammadu Buhari’s blood relation, as the head of the centre for collation of results.

He said that the PPCO outrightly and unequivocally rejected the appointment of Zakari for such position in the same election in which President Buhari is a candidate.

“With Amina Zakari at the head of results collation, there is no way votes cast by Nigerians will count.

“We, therefore, call on all Nigerians, and particularly, the National Peace Committee to note that with the appointment of Zakari, as head the collation of Presidential results, the INEC Chairman is setting the stage for a very huge political crisis, which is capable of derailing our democratic process.

“We also urge the United Nations and other global democratic institutions to take copious note of this noxious appointment by the INEC Chairman.

“If the INEC Chairman wants a peaceful Presidential election, he should, with the speed of light, reverse himself on this appointment,’’ he said.

He, however, said that the PDP remained committed to a peaceful and credible process, but the party would never allow anybody to use any means to rig it out in the election.

“All we ask for is a free, fair, credible and transparent electoral process in which the votes of Nigerians will not only count but will be seen to have counted.

“Like Mr President said during his budget presentation at the National Assembly, the world is watching us,’’ he said.

Ologbondiyan also alleged that the party’s candidate was being denied the use of Kogi Confluence Stadium for its campaign rally, by the Governor of the state, Yahaya Bello.

He recalled that Mr President was allowed the use of Akwa Ibom State Stadium for the APC zonal rally and that the state governor also worked for the peace of the event.

“Today in Kogi, in spite all efforts, the state government has refused our candidate the use of the Confluence Stadium.

“We want to place on record that the stadium was built by PDP administration and in the history of Kogi, never has any party been denied the use of the stadium or any part of the state,’’ he said.

Ologbondiyan appealed to President Buhari to direct APC governors not to deny any candidate the use of their state facilities for campaign.