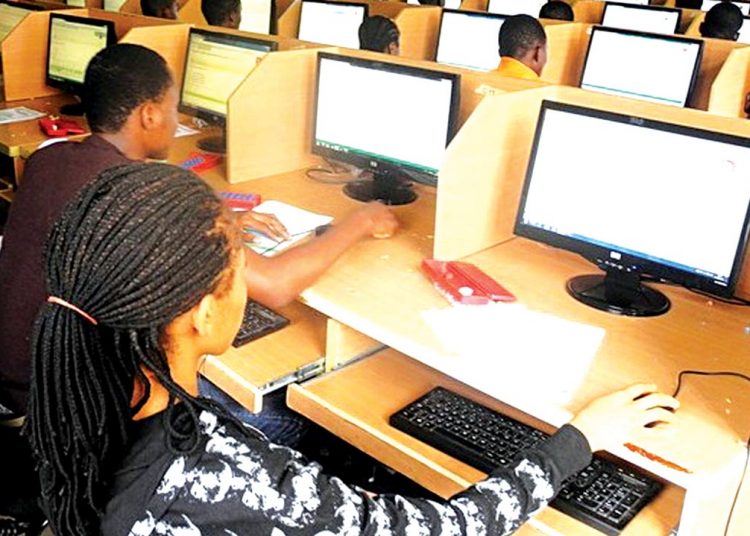 The Joint Admissions and Matriculation Board (JAMB), is to conduct its optional mock examination in January, preparatory to a better examination later in the year.

The board made this disclosure in a statement signed by its Head of Media, Mr Fabian Benjamin on Sunday in Abuja.

The board also reiterated the need for candidates to register on time and ensure that they follow due process in order to avoid avoidable challenges.

“As we prepare for the 2018 examinations, beginning with the optional mock, we urge candidates to register on time, make clear their choices of institutions, disciplines and examination centres in the process.

“Candidates must note that their first choice can be a College of Education, a university, an Innovation Enterprise Institution, a polytechnic or a monotechnic.

“Others include, the Nigerian Defence Academy or the Police Academy.

“We will conduct a better examination, ensure more transparent admission and make more remittances to the government,” stated the statement.

The board, which described 2017 as year of transformation to success with the support of stakeholders, added that 2017 was its most eventful year so far.

“In 2017, the board conducted one of the most transparent, inclusive and acceptable examinations with the least incidence of malpractices.

“We invested significantly in the development of intellectual structures, examination infrastructure and human human resources.

“This will propel more development in 2018 and put the board in the position to compete favourably with any public institution; globally, be it an examination body or service agency.

The board also noted that while it had opened its “entire functionality to public participation and scrutiny”, it had been able to adopt some of the suggestions made by the public, which it said, had helped “to build the new JAMB”.

It promised to sustain and make better the entire process in 2018, noting that the success of its Central Admission Processing System (CAPS) portal helped to achieve success.

“Candidates were exposed to the new admission software to check admission excesses and our aim is to ensure that no candidate is unjustly treated.

“The only way to achieve this was to open the process up for everybody to see who is admitted, with what aggregate score, and who is not and why is he or she was not admitted.

“Also, candidates were able to use the CAPS window to monitor admissions into institutions of choice to ensure that they are not cheated”.

The board added that it would continue to take up its statutory responsibility in order to meet the mandate of the government, which was to bring new ways of generating revenue while also improving service to the public.

“We will continue to do everything possible to support the drive of this administration towards excellence”.