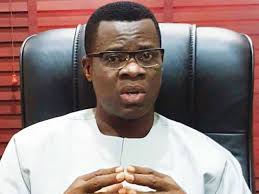 The Resident Electoral Commissioner for Akwa-Ibom State, Mike Igini on Wednesday said local government elections in Nigeria are nothing but organised crime.

Igini who disclosed this during his appearance on Channels Television’s Politics Today, alleged that state governors of interfering in the conduct of the polls at the grassroots.

“Local government elections are nothing but organised crime. They should not be calling them elections at all,” he said.

“Look at the Local Government system in Nigeria. We have lost 774 local governments in Nigeria to every sitting governor of the 36 states in Nigeria.

“What constitutes free, fair and credible elections with respect to INEC-conducted election is different from the local government.”

Igini also reiterated the commitment of the Independent National Electoral Commission (INEC) to deploy more technology and innovation to further enhance the transparency of the electoral process.

According to him, the use of its public viewing portal during the governorship elections in Edo and Ondo States eradicated possible electoral fraud as Nigerians saw the results of each polling unit online almost immediately after casting their ballots.

“I can confirm that INEC has made tremendous progress. The INEC of today is no longer the INEC of before because, since 2011, the kind of elections that we have conducted had a remarkable departure from where we used to be even though we are not where we are supposed to be.

“The INEC public viewing portal is a new innovation to deal with the recurring issues of vote changes at the level of collation and that was why it was introduced to ensure that at the polling unit, once the result is published, it should be sent to the viewing portals so that Nigerians can see it,” Igini added.