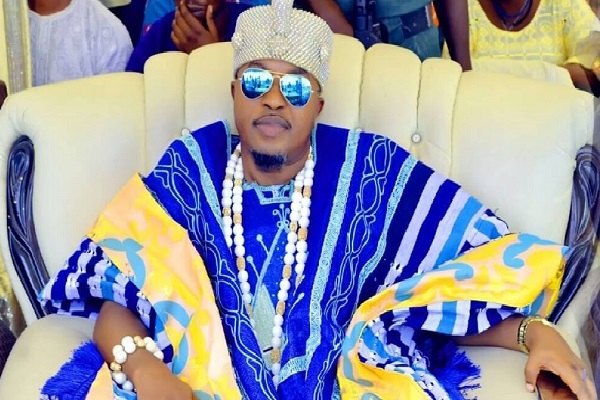 Oluwo of Iwo, Oba Abdulrosheed Akanbi, has called on youths to embrace hardwork and stop believing that money rituals exist.

The Iwo monarch advised the youths to do what will earn them a legitimate living and shun social vices.

The Oba who spoke in Iwo on Tuesday, after visiting some aged and vulnerable residents, to whom he gave money and food items.

Police confirm, investigate shooting of one man dead, injuring of 18 others in APC, PDP youths clash

The royal father, who visited various compounds in the community distributing the items, also gave out cash to the beneficiaries.

According to him, the notion of making money by engaging in rituals or criminal acts was alien to the Yoruba people and called on the leaders of the race to be of good reference point to the younger generation by being selfless and dedicated to a good cause.

He said, “Money ritual is unreal. Money was introduced to us by the colonial masters. We spent shillings and pounds during their time.

”So, at what point in our existence did we start engaging in rituals to make money? Youths should be dedicated and work hard. Success will surely locate them.”

The monarch said he decided to give the needy among his subjects food items to cushion the effects of the harsh economy on them.

“This is a trying time in our country. There is a paucity of funds and scarcity of food – and as a king, I can’t bear to see my people suffer and that is why I’m giving out food to the aged and the vulnerable.

“Although, people do come to my palace twice a week to eat, there are some people who can not come to the palace due to their age or disability. That is why I am out to distribute the food items and money.

“I’m doing this without any religious or political bias. I am giving it out to everyone and I feel good about it. It is what I’m happy doing and I will continue doing,” Oluwo concluded.