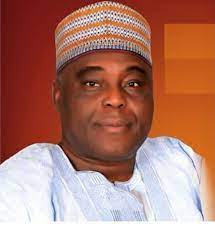 Chief Raymond Dokpesi is a man of many parts. The revered elder statesman who survived poisoning as a little child with doctors in Poland predicting that he would not last more than 35 years, is now 70. Dokpesi who is the chairman of Daar Communication is an entrepreneur, media mogul, politician and philanthropist.

In an interview with journalists, Dokpesi noted that polygamy would be regarded as his greatest error.

“I’m a Catholic and I will tell you that one of the greatest errors of my life is polygamy. It was not something that I desired. It was a situation that developed in which I had no alternative. A lot of people feel it was wealth that distorted my behaviour but the truth of the matter is that there were internal family challenges that lead to it. I was married to a Polish woman and I wanted to remain with the Polish woman and I still desired it in my old age. She left Nigeria on reasons that she was the only child of her parents and needed to be with her parents. I went to Poland 16 times to beg her to return. My mother was also anxious that I have children that I don’t need to board an aeroplane to go and see. Those were the internal factors that later on affected my life”.

UPDATE: You can hardly choose who to fall in love with – Yul Edochie alleges

Sharing his thoughts on Nigeria being divided along ethnic lines, he noted that bad leadership is responsible for it.

“Bad leadership. When these issues come on, people run away from the reality. It is not the Fulani man that is bad. Shehu Shagari was a Fulani man who served Nigeria very meritoriously and conscientiously. We have had military heads of state that are northerners but they were visionary and ready to accommodate others. They pulled together the best brains that were available and brought about development. I remember my uncle, Chief John Amodu who was a mayor in Port Harcourt but from Agenebode. In Lagos and Enugu, northerners contested and won elections. People were living freely in Kano. Growing up, the whole idea was that it is going to be a country flowing with milk and honey but all of a sudden things changed. When you have religious extremists, people that exploit the very thin lines of unity, then you will find yourself here.

I believe that there are still Nigerians who believe in one united Nigeria, those Nigerians must come out. Most of these younger generation, people that are clamouring for the disintegration of this country, I sympathise with them but I feel very strongly that they are in that position because of the injustices that are going on in the country.

I'm really lucky to be in charge at Palace - Vieira