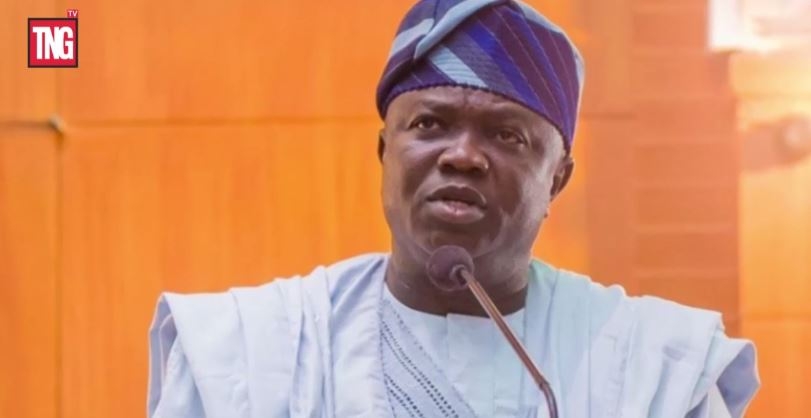 A former governor of Lagos State, Bola Tinubu, has described the first civilian governor of the state, Lateef Jakande, as the ‘last of the political titans’.

Mr Tinubu, who was governor of Lagos between 1999 and 2007, made the remark in a condolence statement on Thursday in Lagos.

Mr Jakande died in the early hours of Thursday at 91.

The deceased was a journalist, an administrator and politician who served as the governor of Lagos State between 1979 and 1983.

According to Mr Tinubu, “Papa Jakande could appropriately be described as the ‘last of the titans’ ranking with the likes of Chief Obafemi Awolowo, Dr Nnamdi Azikiwe, Chief Adekunle Ajasin and Pa Abraham Adesanya.”

Others, according to Mr Tinubu, include Bola Ige, Olabiyi Onabanjo, Balarabe Musa and Aminu Kano, among others.

The All Progressive Congress (APC) national leader said the late Mr Jakande was also a “mature statesman never given to histrionics or fanning the embers of disunity”.

“Showing his extraordinary natural ability, Pa Jakande was largely self-educated, yet he rose to become a man of great knowledge and a prominent figure in Nigerian journalism.

The deceased stood as one of the most incisive and brilliant editorialists of his generation who practiced journalism with the most audacious courage in defence of freedom, liberty and equity even in the thick of vicious military dictatorship.

“As an accomplished journalist, Pa Jakande shone even more brightly as a governor and true leader of Lagos State.

“Whatever we have been able to accomplish in Lagos State is because of the groundwork Pa Jakande set out before us.

“He is the inspirational father of modern Lagos State,” he said.

For the immediate past governor of Lagos State, Akinwunmi Ambode, the news of Mr Jakande’s passing “came as a rude shock.”

Mr Ambode, in a statement on Thursday by his media aide, Habib Haruna, said the life of Mr Jakande symbolised humility, uprightness and honesty.

”He was ripe at age, but we had hoped he would live to celebrate a centenary,” Mr Ambode said.

“He was an exemplary leader, a perfect gentleman and a man of integrity and character.”

According to him, Lagos will forever be grateful to Mr Jakande for his unparalleled service.

”When I was in office, I always looked forward to his fatherly advice and encouragement. Aside from that was his visible presence at state events. Even his health condition never deterred him from giving his support.

”This shows how he lived a very humble and upright life throughout his sojourn here on earth,” Mr Ambode said.

‘Fall of an elephant’ -Osoba

According to the former governor of Ogun, Olusegun Osoba, Mr Jakande’s death can be likened to the fall of an elephant.

Mr Osoba, who paid glowing tributes to Jakande in a statement in Lagos, said: “An Iroko tree, as well as an elephant, has fallen”.

He said the late Mr Jakande would be remembered as a personification of the best in journalism and a political colossus.

“He singlehandedly founded both the Newspaper Proprietors Association of Nigeria and the Nigerian Institute of Journalism.

“He was the first black African chairman of the International Press Institute made up of publishers and editors all over the world,” Mr Osoba said.

The former Ogun governor also noted that Mr Jakande was a foundation member of the Nigeria Union of Journalists and the Nigerian Guild of Editors.

He described the deceased as an astute politician “who left giant footprints wherever he had the opportunity to serve at the state and federal level”.

”As governor of Lagos State, he ran a daily ‘political clinic’ where citizens consulted him on issues,” he said.