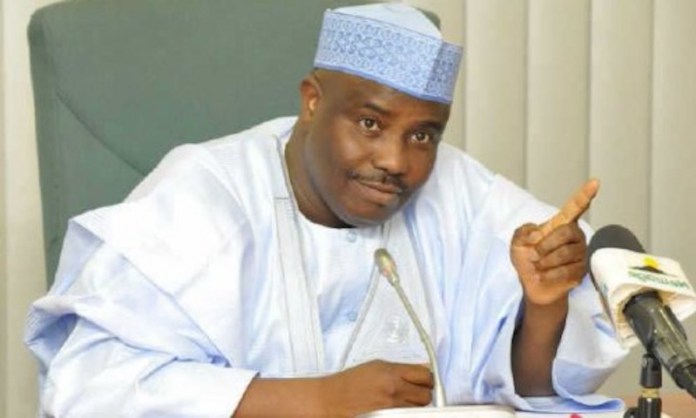 164
SHARES
1.3k
VIEWS
Share on WhatsAppShare on FacebookShare on TwitterShare on LinkedInShare on TelegramSend as Email
ADVERTISEMENT

ADVERTISEMENT
ADVERTISEMENT
By Emman Ovuakporie
Chairman of the Peoples Democratic Party, PDP Governors Forum, Hon Aminu Waziri Tambuwal, and his colleagues on Saturday resolved to set up two strategic committees to help reposition the party towards reclaiming power from the All Progressives Congress, APC come 2023.
TheNewsGuru.com, (TNG) in this analysis will bare the ultimate goal put in place by the major opposition party in Nigeria.
The Forum in a communique issued late Saturday evening after a virtual meeting attended by its governors designed a roadmap towards making the opposition party more relevant to Nigerians in 2023.
To this end, the Forum resolved to set up two committees on Legislative Affairs to be headed by the Governor of Bauchi State, Senator Bala Mohammed.
Rivers State Governor, Nyesom Wike is to head the Legal Affairs committee.
Although it is not expressly stated in the communique that it’s a designed roadmap to ensure the APC led government is sent packing come 2023 but all the signals that the 2023 elections is already in the making are all over the country.
Mohammed with his wealth of legislative experience is expected to monitor the Nigerian rubber-stamp legislature from imposing retroactive legislation on Nigerians.
Wike who is a lawyer and the most vibrant governor in the country with many wrestling tactics will need to showcase his many years legal practice laced with his political sagacity.
The Forum also formally ushered the Governor of Edo State, Godwin Obaseki vowing to give him 100percent support to ensure the APC does not get close to Denis Osadebey Government House in Benin City.
Read Full Communique Below:
COMMUNIQUE OF THE MEETING OF THE PDP GOVERNORS’ FORUM
The virtual meeting of the Peoples Democratic Party (PDP) Governors’ Forum was held on 1st August, 2020. It was presided over by the Chairman, Rt. Hon. Aminu Waziri Tambuwal, CFR.
2. The Governors deliberated on various issues concerning the Forum and the nation.
3. The Governors encouraged all Nigerians to continue various efforts to contain the COVID-19 disease; and, lend support to the cooperative efforts between the States and Federal governments in the federation in the fight against the pandemic and in reopening of schools in a safe and responsible manner.
4. The meeting resolved to set up two Committees of the Forum namely:
i. *Legislative Liaison Committee:* This Committee is expected to liaise with both the national and state legislatures on legislative matters. The Legislative Liaison Committee is also expected to guide the Forum on pending Bills, including the Electoral Act Amendment and Constitution Review matters as it affects the Forum.
Members of the Committee are as follows:
a. Sen. Bala Mohammed – Chairman
b. Dr. Ifeanyi Okowa – Member
c. Hon. Ifeanyi Ugwuanyi – Member
d. Gov. Udom Gabriel Emmanuel – Member
e. Sen. Duoye Diri – Member
*ii. Legal Affairs Committee:* This is expected to identify and coordinate legal matters affecting the Forum.  In particular, the Committee is expected to guide the Forum on local government, inter-state and federal government relations. It is also expected to explore various infractions of the Constitution by the Federal Government including the arbitrary and illegal deductions from the Federation Account.
Members of the Committee are as follows:
a. Gov. Ezenwo Nyesom Wike – Chairman
b. Gov. Darius Ishaku – Member
c. Gov. Seyi Makinde – Member
d. Gov. Samuel Ioraer Ortom – Member
e. Hon. Bello Mattawale Maradun – Member
The Director General of the Forum will serve as the Secretary to the two Committees.
5. The Forum also welcomed formally the Edo State Governor, Godwin Obaseki and congratulated him on his emergence as the leader of the PDP in Edo State and the party’s candidate in the forthcoming September Gubernatorial election. The Forum further resolved to lend its complete and total support to the PDP in Edo State in order for it to emerge victorious in the forthcoming governorship election in the state.
6. The Forum congratulated Eyitayo Jegede, SAN, on his emergence as the flag bearer of PDP in the forthcoming October Gubernatorial election in Ondo State and resolved to support him and the party to recover Ondo State for the PDP in the election.
7. The Forum enjoined Mr. President, INEC and security agencies to play an impartial role in the elections in Edo and Ondo States, while urging PDP supporters to stay vigilant and ensure that all votes are counted and all votes count.
8. The Forum further reviewed the various PDP Congresses in all States of the federation and resolved to continue to support the party at all levels to enthrone internal democracy and consequently good governance in not only the PDP controlled states but in all the States of the federation.
9. The Forum resolved to thank the National Chairman and members of the National Working Committee of the PDP in the way and manner they conducted primary elections in Edo and Ondo States and the generally rancor free congresses in many states of the federation. It urged the party to continue to deploy conflict resolution mechanisms to resolve any disputes.
10. The meeting was attended by:
i. Rt. Hon. Aminu Waziri Tambuwal – Chairman – Sokoto
ii. Dr. Okezie Ikpeazu – Vice-Chairman – Abia
iii. Gov. Ahmadu Umaru Fintiri – Member – Adamawa
iv. Sen. Bala Mohammed – Member – Bauchi
v. Prof (Sen.) Ayade Benedict – Member – Cross River
vi. Sen. (Dr.) Ifeanyi Okowa – Member – Delta
vii. Gov. Godwin Obaseki – Member – Edo
viii. Hon. Ifeanyi Ugwuanyi – Member – Enugu
ix. Gov. Seyi Makinde – Member – Oyo
x. Gov. Ezenwo Nyesom Wike – Member – Rivers
xi. Hon. Bello Mattawale Maradun – Member – Zamfara
xii. Engr. David Umahi – Member  – Ebonyi
Represented by Deputy Governor – Barr. Eric Kelechi Igwe
xiii. Hon. C.I.D. Maduabum – Director General
*Rt. Hon. Aminu Waziri Tambuwal, CFR*
Chairman
PDP Governors’ Forum
Tags: PDPTambuwalWike
ADVERTISEMENT 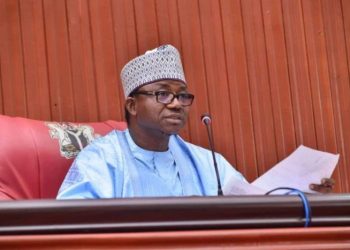 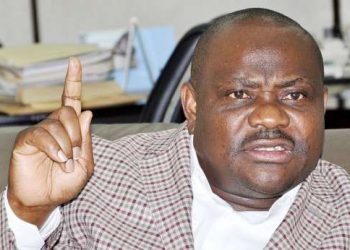