Home » Nigeria » We’re saddened by invasion of Kaduna church, killing, abduction of our members – CAN

We’re saddened by invasion of Kaduna church, killing, abduction of our members – CAN 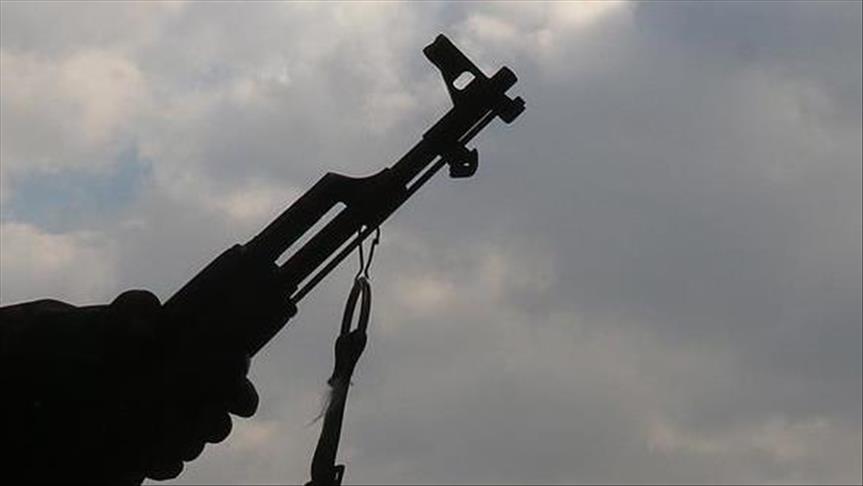 The Kaduna State chapter of the Christian Association of Nigeria has condemned the Sunday killing and abduction of church worshippers at the Haske Baptist Church, Manni Kuriga in Chikun Local Government Area of the state.

The bandits in large numbers were said to have invaded the church at about 9.00am when Sunday service was ongoing and shot indiscriminately at worshippers, killing one and abducting scores of them.

A medical doctor with the State Ministry of Health, Dr. Zakariya Dogo Taro, was shot dead.

“Dr. Zakariah Dogo Yaro, a medical doctor with the Kaduna State Ministry of Health was shot dead and an unspecified number of people kidnapped while so many worshipers sustained varying degrees of injuries.

CAN speaks on T. B. Joshua’s death

ASUU reacts to sack of lecturers, stoppage of union dues by Kaduna govt

“As am talking to you now, we have not seen some of our villagers who ran into the bushes while the shootings were going on.

“We don’t know what’s happening that we are facing this kind of scenario in our peaceful communities. Most Villagers are threatening to leave their homes because of the constant attacks in so many villages in Chukun Local Government,” Yakubu Bala, an eyewitness said.

Reacting, the Kaduna CAN through its Secretary, Rev. Caleb Maaji, condemned the attack, noting that the organization was saddened by the development.

He expressed concern over the sorry state of the security situation in the country and in particular, Kaduna State, and urged the government to talk less and act before citizens would resort to self-help.

The CAN’s scribe in a statement said, “Our hearts are saddened over the sorry see security situation in our dear state (Kaduna State). It has grown so unfortunate and on a daily basis continues to grow worst with no appreciable resistance given the unholy terrorists who have continued to hold our dear state and nation to ransom.

“Today 25th April 2021, innocent worshipers who went out for nothing but to worship and pray to God were attacked, a medical doctor and one other person killed, many members injured and others taken into captivity.

“This is happening in a nation that her constitution allows freedom of religion yet this freedom is not guaranteed.

“CAN Kaduna State continues to wonder what the crime of innocent citizens is, how come the terrorist appear more free and protected than the citizens?

“This is a challenge to the government, indeed a government that is unable to guarantee the safety of its citizens and their properties will be best termed a failed government.

“Our hearts go to the local church at Manini, the Nigeria Baptist Convention and family members of the deceased. We are appealing to relevant agencies and praying for the safe release of the abducted members and indeed all others in captivity.

“We also enjoined all men and women of goodwill to continue to wake up and do the needful before we are all consumed by the ongoing evil of banditry and kidnapping that has hijacked our country especially Kaduna State.

“The Kaduna State Government and the FG should stop making noise about insecurity and simply act now before Nigerians will have no option than to turn to self-help.”

The latest attack is coming on the heels of the bandits’ abduction and killing of three students of the Greenfield University along the Kaduna-Abuja Highway even as negotiation was on.