Home » Politics » 2023: I will nurture Dino in his comedy business – Keyamo Minister of State for Labour and Employment, Festus Keyamo (SAN) has ridiculed Senator Dino Melaye over his comment that he (Keyamo) is jobless and redundant.

Recall that Melaye while reacting to Keyamo’s comparison of Atiku and Obi, where he said Obi is better, said the Senior lawyer has monetized his conscience and vows to break him to pieces should he engage him in a debate.

He said, “Ask Nigerians today, what portfolio is Keyamo holding? Many will tell you that they don’t even know the ministry he is working in because he is redundant, inactive, and not visible.

“What Keyamo attacked is not Atiku Abubakar but the office of the Vice President of the Federal Republic of Nigeria, the number two office in this country.

“Because he has monetized his conscience, that is why he will not understand that the office of Nigerian VP has some ministries, agencies under its direct supervision and oversight.

However, in his reaction, Keyamo who spoke on Arise TV noted that he dosen’t have time for comedians like Dino Melaye.

The lawyer also offered to nurture Melaye in his comedy business as soon as Bola Tinubu emerges the president of Nigeria.

” I have managed comedians and singers like Macaroni, Chidinma,Wizkid and the likes.

Dino shouldn’t worry i will nurture him to become a greater comedian” He said. 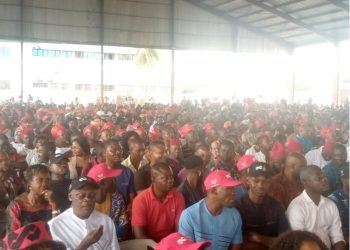