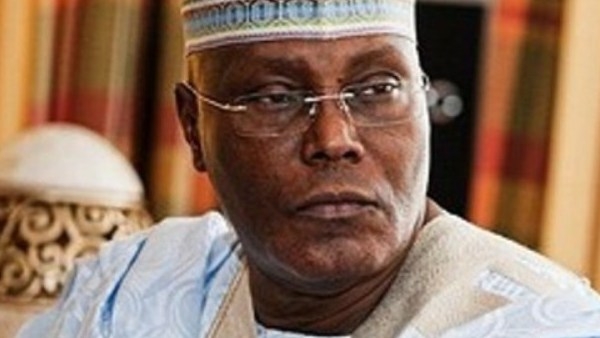 Alh. Atiku Abubakar, the Presidential candidate of the Peoples Democratic Party (PDP) has said the party must be united to fight and win the 2023 general elections.

Abubakar said this on Wednesday in Abuja at the presentation books in his honour, marking the party’s presidential campaign and inauguration of the Presidential Campaign Council (PCC).

He noted that the task before the party was to come together and rebuild the nation, adding that it was a task that must be done.

“But to rescue our nation, we must take over the mantle of leadership, from the leadership that has gotten us into this mess.

“We must therefore be united and come together to fight and win all the elections next year.

He also noted that the PCC was not just a campaign council, but a general election council, which would ensure sweeping victory for all candidates of the party come 2023.

He further said that as seasoned politicians, their job is to navigate the “muddy waters” of politics and to campaign for and win elections.

Similarly, Dr Ifeanyi Okowa, Delta Governor and Vice Presidential candidate of the party said “Our product is a good product, and our candidate has promised a lot.

“Thank God we have a man who already has a document and covenant with Nigerians. I challenge all other presidential candidates to present to Nigerians their documents.

“It is not enough to appear on television. They must submit to Nigerians what they want to do, so they can be judged by it.

My covenant with Nigerians is to work with a government that has a roadmap to our success story,” he said.

Three books chronicling the life and some contributions to national development of the PDP presidential candidate were presented.

The titles of the books are: The Story of Atiku Abubakar, Landmark Constitutional Law Cases on Nigeria (2004- 2007) and Restructuring As Pathway to Unity and Development.

Recall that the Independent National Electoral Commission (INEC) announced Sept. 28 as official date for the commencement of campaigns  by political parties.

Prof. Mahmood Yakubu, Chairman, INEC had during the announcement said that this was in line with the provision in Session 94(1) of the Electoral Act 2022.

How I got my stage name 'Asake' - Ahmed Ololade