2023: Why I am backing Atiku, Okowa, Oborevwori – Uduaghan

by Ediri Oyibo
in Politics
Reading Time: 2 mins read
A A
1 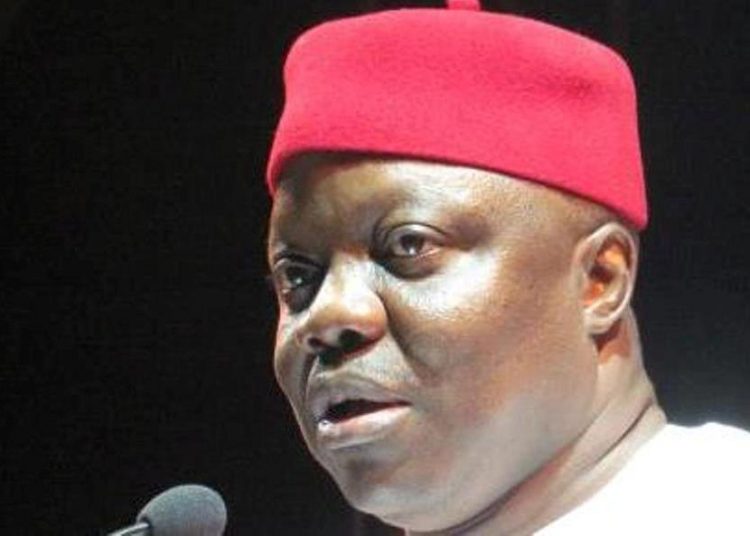 Former governor of Delta, Dr Emmanuel Uduaghan on Saturday in Warri, Delta State, charged supporters of the People’s Democratic Party (PDP) to vote for the party massively in the 2023 general elections.

TheNewsGuru.com (TNG) reports that Uduaghan made the plea at the flag-off of the PDP Delta South ward-to-ward campaign.

The former governor described the gathering organised by the leadership of the PDP in Delta South as a “reconciliation meeting in several areas’’.

He urged party members and supporters to unite as one and indivisible family and deliver PDP candidates at all levels.

He said it was a thing of joy that Delta produced the vice-presidential candidate of the party in the person of Gov. Ifeanyi Okowa and enjoined the people to support him.

“No matter the misgivings you have against him before, he got there by the grace of God. We have no option than to support him to succeed. We must all queue behind him and give him the maximum support.

“For the state, we must all come together and deliver our candidates. I am saying this with all seriousness. I am old enough in the politics of Delta to be able to access people and know those who are sincere and those that are not.

“I appeal that we concentrate on our candidates and deliver them. People should stop spreading unnecessary rumours that will divide the party the more; we should put stories together that will move the party forward,” he said.

Uduaghan also appealed for orderliness during voting and urged members and supporters to mobilise aggressively to polling units to cast their votes.

“I appeal that we concentrate on our voting units and wards and deliver our candidates. Let’s put our differences aside and put together what can make us victorious as leading party in Delta,’’ he stressed.

He thanked President Muhammadu Buhari for approving a pipeline surveillance contract and enjoined him to constitute a substantive Niger Delta Development Commission (NDDC) Board without further delay.

He said that people from Delta South should be deeply involved in the hierarchy of the board.

Uduaghan thanked government at all levels for their assistance to victim of recent floods and appealed to individuals to also emulate governments and assist victims.

Also, the Director-General of the PDP Campaign Organisation in Delta, Mr Funkekeme Solomon urged party members to work in unity to win elections.