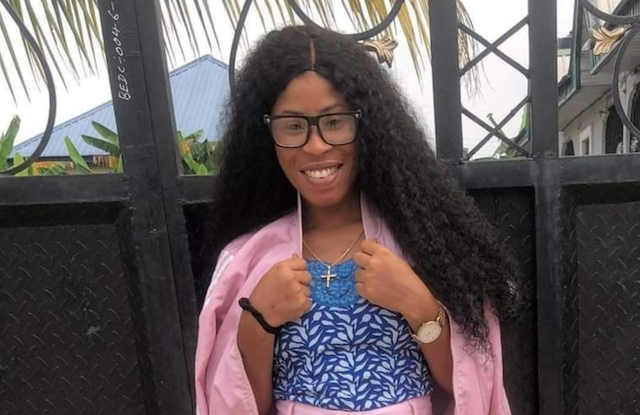 Atare Awin, sacked media aide to Anthony Ofoni, Delta State Commissioner in charge of Project Monitoring and Audit has reacted and fired shots at the State Government, the State House of Assembly and the People’s Democratic Party (PDP) chairman in the State, Barr Kingsley Esiso.

TheNewsGuru.com (TNG) reports that Awin, who shared posts via her Facebook profile succinctly in support of the presidential candidate of the Labour Party, Mr Peter Obi, was fired on Tuesday by Ofoni, who stated that her well-publicized opinions on the policies and programmes of the Delta State Government and PDP at large are in contradiction to what the State Government had achieved in the last 7 years.

However, not fazed by the sack, Awin expressed gratitude for the support she has been shown so far and disclosed in a post on her Facebook profile that she is alive and doing perfectly well more than before.

The post reads: “Honestly, I can’t thank you all for the show of LOVE . This not a mere word, its from the depth of my heart. You all are amazing and wonder, I appreciate and am humbled.

“To those who felt my guts was their problem, I hope it has been totally solved  To those who felt their screenshot to government house will kill me, I just came to tell you am alive and doing perfectly well more than before.

“To the Party Chairman, your boys who sent the screenshot to you did a very good job and they need to increase their salaries.

“One thing I will say, the government belong to all whether you like it or not that part you can’t take from me no matter how much you guys try cos it has been existing before you and I came in and it will continue to exist till Christ tarry.