by Femi Ajasa
in Politics, Top Story
Reading Time: 2 mins read
A A
0 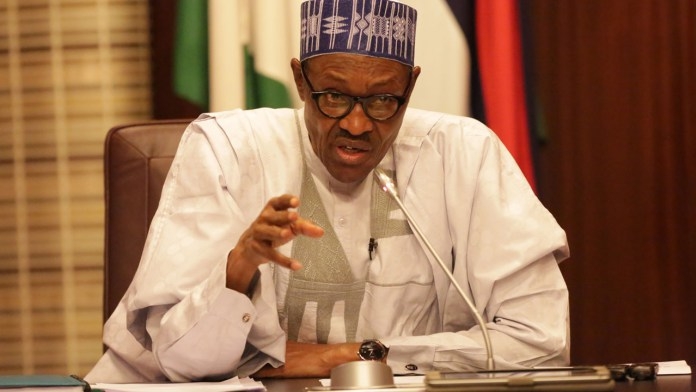 The Northern Governors Forum (NGF) on Tuesday said that President Muhammadu Buhari’s victory in 2015 saved Nigeria from going into extinction.

The Chairman of NGF and Borno Gov. Kashim Shettima said this when he led a delegation on a courtesy call on Sen. George Akume; Tor Tiv V, His Royal Majesty Prof. James Ayatse, and Gov. Samuel Ortom in Makurdi.

Other governors on the delegation were Mohammed Abubakar and Abdullahi Gunduje of of Bauchi and Kano states, respectively.

Shettima described the outcome of the 2015 general election as the watershed in the Nigerian political history and commended Benue people for their continuous support of Northern agenda.

He noted that the PDP-led administration was at the verge of destroying the basic component that bonded Nigeria, adding that Buhari’s victory saved the country.

“Had President Buhari not win the election in 2015, Nigeria would have gone into extinction and as it is now, the PDP need to be proscribed.

“The North had moral duty to support Benue state following her continuous support of presidential candidates from the region,” said the NGF chairman.

He also explained that they were in the state to celebrate with the Tiv people for the peaceful selection of the Tor Tiv V, His Royal Majesty Prof. James Ayatse.

Shettima sympathised with Tiv people over the incessant attacks on their communities by suspected herdsmen, adding that the NGF would never abandon the state.

He also noted that Benue and Kano states were only the states in the North with a large heart to accommodate non-indigenes over the years as exemplified in appointments and elective positions.

He announced a donation of 100 cows as his personal contribution for the coronation of the Tor Tiv V.

Ayatse had earlier commended the NGF for identifying with the Tiv people during their moment of sadness and joy, adding that he cherished the Tor Tiv thrown he had ascended.

Akume urged the NGF to support Ortom to actualize his vision and invited the forum to attend the coronation of the fifth Tor Tiv.

On his part, Ortom commended the NGF members for their sustained support of his proposals that led to the end of herdsmen/farmers crisis in the state.

The governor thanked God for the relative peace enjoyed in the state so far and commended Shettima’s leadership quality.