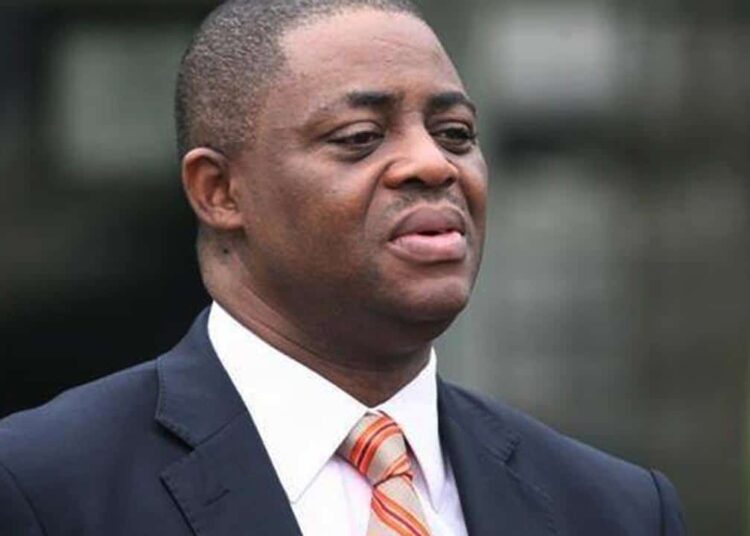 A Chieftain of the All Progressives Congress, (APC) Femi Fani-Kayode has risen to the defense of Tinubu-Shettima’s Muslim-Muslim ticket.

Fani Kayode posited that Tinubu is politically mature enough to know what’s good for him.

Fani-Kayode who had criticized the APC government before now admitted that he did so because he was in the opposition at then.

2023: There are plans to scuttle elections – Fani Kayode

He said he has prayed about the Muslim-Muslim ticket and got a revelation that he can support it, saying there is nothing wrong with it.

Admitting that no real Christian would be pleased with such selection, the former PDP stalwart said he had prayed about it and that there was nothing wrong with the choice.

Quizzed on Channels TV, on his massive support for the APC after being a critic in the past, Fani-Kayode said that when he joined APC, he discovered that many things have changed and that even the issue of vulcanization had been thrown out of the window by the emergence of Bola Tinubu as the presidential candidate of the APC.

“That is my nature and I make these choices based on conviction and based on courage. The most important thing…the greatest danger to national unity and cohesion as far as I’m concerned…is a situation whereby power does not shift to the South after eight years of the Hausa/Fulani man ruling this country.

“But as far as I’m concerned, it’s simply an issue of choice. The issue of Fulanization we talked about has been thrown out of the window because the party we accused of that has shifted power to the South. When I joined the APC, I realized that things have completely changed.

“A country where we have about 22 Christian governors, with the whole of South West all Christian Governors, tells you that this country cannot be Islamised and out party, the APC is not interested in that. We have reformed. We are moving forward.

“Same faith ticket is a challenge but we looked into it, I prayed and consulted about it and spoke to Kashim because all along the position has been it all depends on who’s the vice. It’s not about the faith. It’s about the individual. I discussed this with Shettima for over three hours.

“I looked into their eyes and raised several personal questions that I needed to be certified and he certified me with his answers. He has built more churches in Borno than any other governor before him and since he has won the confidence of many Christians, so the issue of Islamization no longer arises.”