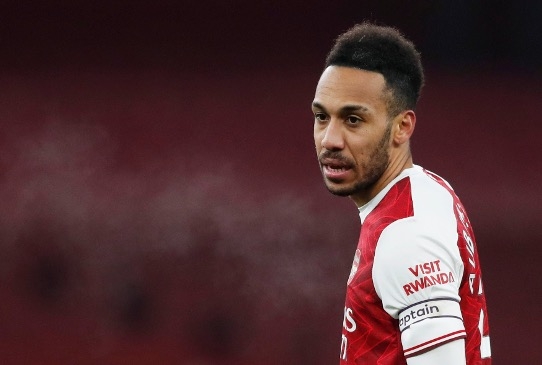 Arsenal manager, Mikel Arteta, has confirmed that deposed Arsenal captain, Pierre-Emerick Aubameyang, has left the club to report for the 2021 Africa Cup of Nations’ camping with Gabon.

Arteta said this on Friday during his pre-match press conference on Friday via Zoom ahead of Arsenal’s Premier League clash with Manchester City on Saturday afternoon.

This means Aubameyang will not be available for Arsenal’s next five fixtures.

The striker has not been selected by Arteta, after he was punished for a ‘disciplinary breach’.

Arteta had remained coy about the 32-year-old’s involvement against Manchester City on New Year’s Day, saying the club would “take it game by game”.

Speaking on the development, Arteta was quoted by Arsenal’s official website as saying: “At the moment he [Aubameyang] has gone [to AFCON].

“He needs to focus on the national team, and we had the conversation that was the best possible way to do it.

“I said before, we will address (his situation) game-by-game.”

Gabon is due to play their first AFCON game on January 10 against Comoros.