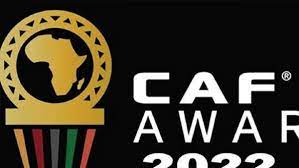 Four-time female African footballer of the year award winner, Azeezar Oshoala will slug it out with Cameroon’s Ajara Nchout Njoya and Zambia’s Grace Chanda of Zambia for the award.

Meanwhile, CAF has yanked off  Rivers Angels forward, Monday Gift from the young player of the year category.

She also didn’t make it for the second category she was nominated for, the Interclub Women’s Player of the Year.

Super Falcons head coach, Randy Waldrum also failed to make it in the Coach of the Year category.

The CAF Awards is an awards evening held to honour the best African association football players. It is conferred by the Confederation of African Football