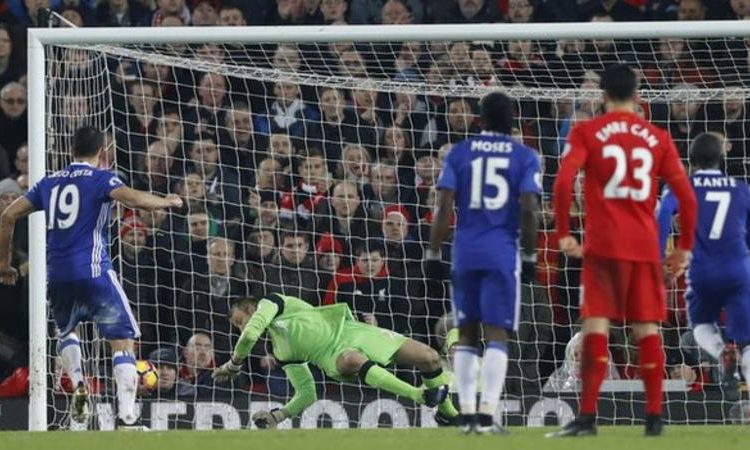 Chelsea had to settle for a draw against a much-improved Liverpool at Anfield after Diego Costa’s late penalty was saved by Simon Mignolet – but still extended their lead at top of the Premier League to nine points.

Liverpool keeper Mignolet made amends for his first-half embarrassment when he had been caught off guard by David Luiz’s superb free-kick from 25 yards.

Georginio Wijnaldum’s close-range header 11 minutes after the break gave Liverpool a draw they fully deserved, ending a run of three successive home losses, two of which knocked them out of the EFL Cup and the FA Cup.

However, it could have been much better for Chelsea and worse for Liverpool when Costa went to ground under challenge from Joel Matip 14 minutes from the end. Referee Mark Clattenburg pointed to the spot but Mignolet dived low to his right to save the Spain striker’s spot-kick.