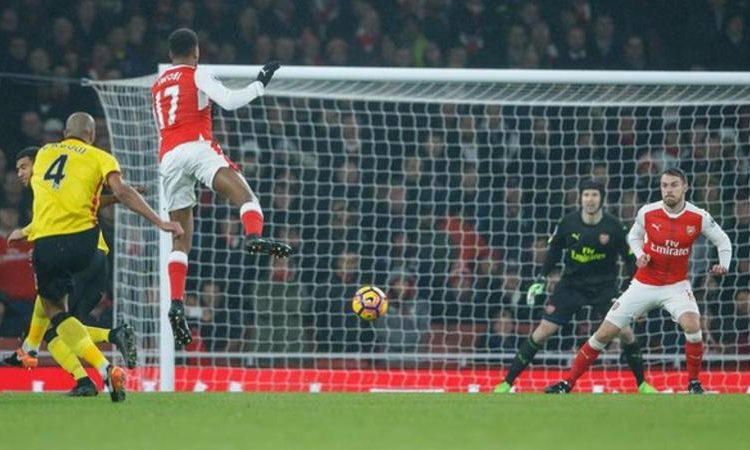 Arsenal’s Premier League title hopes suffered a huge blow with a shock home defeat as Watford secured their first top-flight win over the Gunners since 1988.

Former Tottenham defender Younes Kaboul lashed in the opener within 10 minutes for Watford with a shot from outside the area which deflected off Aaron Ramsey.

Just two minutes and 57 seconds later, the visitors doubled their lead as Troy Deeney tapped in the rebound after Etienne Capoue’s fine run ended with his shot being saved by Petr Cech.

The Arsenal goalkeeper was called into action again as he tipped Sebastian Prodl’s header over the crossbar and pushed away Daryl Janmaat’s curling strike.

The hosts improved significantly in the second half and Alex Iwobi pulled a goal back by steering Alexis Sanchez’s cross home.

Lucas Perez struck the crossbar with a powerful drive, but they could not find the equaliser.

Arsenal last won the title in the 2003-04 season and face clawing back a nine-point deficit on London rivals and leaders Chelsea, who drew 1-1 with Liverpool.

And their task is made more difficult as they still face trips to play Antonio Conte’s side as well as Liverpool and Tottenham – the other three teams in the top four – between now and the end of the season.

Going into this game they were unbeaten in their last five league fixtures, but a desperately poor first half showing – with manager Arsene Wenger watching powerless from the stands as he served the second of a four-match touchline ban – cost them dearly.

The Gunners failed to get a shot on target in the first 45 minutes, but forced Watford goalkeeper Heurelho Gomes into sharp saves from substitute Theo Walcott and Iwobi after the break, while the Brazilian pushed away Mesut Ozil’s snap shot.

But they suffered their first defeat at the Emirates Stadium since the opening day against Liverpool, ending a run of eight victories and two draws. 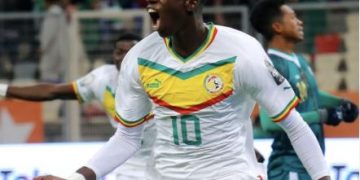