by Adebayo Animasaun
in Sports
43 1
0 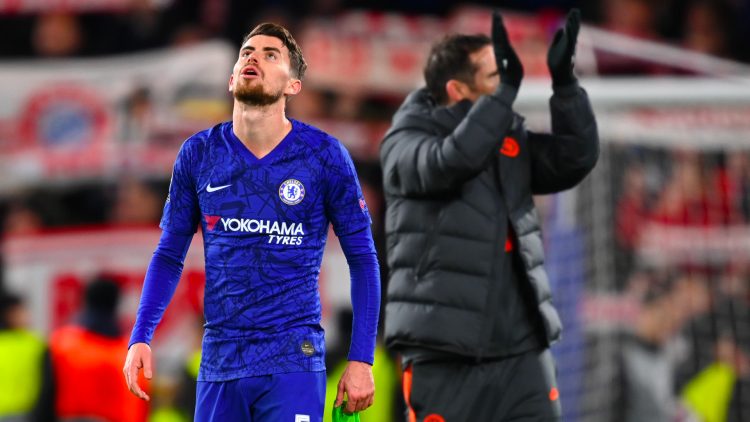 Jorginho aimed a thinly-veiled dig at Frank Lampard as he claimed he is far more suited to Chelsea’s superior play style under new manager Thomas Tuchel.

Jorginho was in and out of the team under Lampard and was heavily linked with a move to Juventus last summer.

Chelsea were far from being direct during the reign of a club legend, but they were prepared to go from back to front quickly when required.

The Italy international told Chelsea’s official website: “The coach wants us having control of the game, playing from behind, even when the pressure comes.

“So, for me, it’s a good way to play football that I like and enjoy, and I think it’s better for my characteristics than playing long balls, and second balls.

“When it’s Kova [Mateo Kovacic], his style is to play short, to come, so I know if he wants to play one-two or when he wants some space to move forward and to dribble.

“So, I just try to help him, either give him the space, or come over to help him and give him an option – whatever he needs to get out of the situation.

“With Kante, it’s kind of the same. When you play with your mates, you need to understand each other, and understand their characteristics as well. So, I know that Kante has big power, so I tell him when he can turn.

“With Kante, it’s more about talking: ‘Turn!’ ‘Man on!’ or talking so he knows I’m there for the short pass. So, I just try to give him an option to do a one-two and get out.

“Oh yes, big brains [Kante and Kovacic have big brains]. They have more legs than me, though!”