The Wales international, 30, was left out of Real’s 3-1 pre-season defeat by Bayern Munich in Houston, USA.
Speaking after the game, Zidane said: “We hope he leaves soon. It would be best for everyone. We are working on his transfer to a new team.
“I have nothing personal against him, but there comes a time where things are done because they must be done.”
Bale, who has three years left on his Real contract, has won the Champions League four times since his £85m move to Madrid from Tottenham in 2013 – a world record deal at the time.
In response to Zidane’s comments, Bale’s agent Jonathan Barnett told AFP: “Zidane is a disgrace – he shows no respect for a player that has done so much for Real Madrid.”
Bale has been linked with Premier League sides Manchester United and Tottenham, German champions Bayern and also a move to the Chinese Super League.
Spurs boss Mauricio Pochettino was asked about his side’s reported interest in Bale after their 3-2 pre-season friendly win over Juventus in Singapore on Sunday.
“I saw in the media but I don’t know which club is trying to sign him,” replied the Argentine. “I don’t know if we are or if it’s another club.
“It’s not my job, it’s the job of my chairman, who is trying to build the best squad possible.”
Injury problems have limited Bale to 79 La Liga starts in the past four seasons. He played 42 matches in all competitions for Los Blancos last term, 13 of those as a substitute. 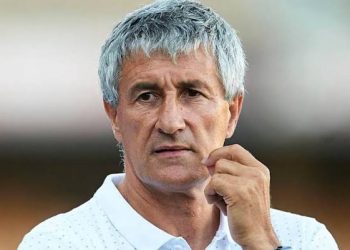 Barca plan to sack coach at the end of the season