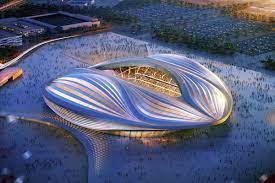 Fédération Internationale de Football Association (FIFA) is set to announce a shift in date for the opening ceremony and match of the 2022 Qatar winter Worldcup.

The opening match between host Qatar and Ecuador initially billed for November 21st will now be played on the 20th of November.

The move, which has been approved by the FIFA Council before the 100-day countdown starts this week, will retain the tradition of the first match featuring the host country.

Under the existing arrangement, Senegal and the Netherlands play the first game on November 21, followed by the official inauguration match between Qatar and Ecuador later that day.

“There were discussions and agreement between the two respective teams and there was a request from CONMEBOL — the South American confederation,” one World Cup source told AFP, speaking on condition of anonymity as no official decision has been announced.

“We wanted to follow the tradition that either the reigning champions or the host country be involved in the opening match,” the source added.

For fans who have tickets for the November 21 game, “any disruption will be dealt with so impact is minimal”, another tournament source told AFP.

Under the change, Netherlands v Senegal would be moved from 1:00 pm (1000 GMT) on November 21 to a 7:00 pm start. “It is a better slot for both teams for television and other areas,” said the World Cup source.

Due to unfavourable weather conditions in Qatar in the Summer, the World Cup is postponed till the winter of 2022.

32 teams from all over the world will qualify for the tournament after a rigorous qualifying series and will battle one another for the World Cup trophy.

France won the last edition hosted by Russia in 2018  after defeating Croatia 4-2 and will hope to defend their title in Qatar.

Vehicular Support to Niger: Critics got it Wrong - By Aliyu Mohammed