by Bayo Millz
in Columnist
Reading Time: 2 mins read
A A
0 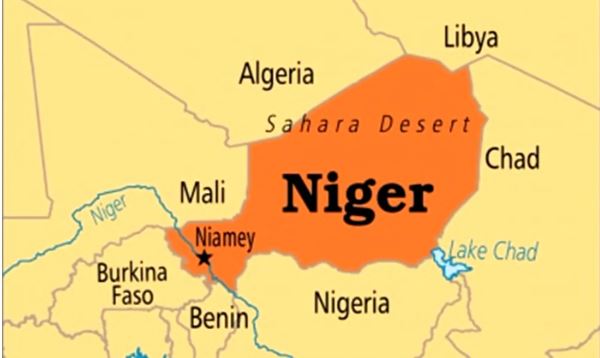 There is, currently, a national hysteria over the recent vehicles purchased by the federal government of Nigeria and donated to Niger Republic to boost security in that beleaguered nation. Since the “scandal” blew open, Nigeria’s tribe of the informed, the misinformed and the mischievous are united in lacerating and whipping the government of the day on this account.

Columnists, writers of all hues, breakfast shows hosts, panelists on radio and of course, the ubiquitous social media “influencers” all, without reprieve, are exacting their pound of flesh on what they all concluded is a misplaced priority.

As I write, editorials are being churned out condemning the purchase of these vehicles. One editorial by a major newspaper with a history of subjectivity and promoting regional divide described the act as that of a “Santa Claus” doling out moneys to other sovereignties whimsically.

The government’s defense, so far, has been feeble and lackluster. It merely justified the purchase on the grounds of “security”.

Security or lack of it in the Sahel, for which, Niger Republic with a landmass of nearly 500,000sq mi, constitutes, a substantial part, should be a major concern to Nigeria. In sheer size, it is the second biggest country in West Africa. It is bigger than Nigeria by a staggering 148,000sq mi. Eighty per cent (80%) of Niger Republic is arid and its population is one quarter of Nigeria’s. This means despite its enormous size, it is scarcely populated. Its twenty five (25) million inhabitants are mainly engaged in subsistence agriculture. It is a highly indebted Country (HIPC).

Nigeria shares border in the north with this vast country. Apart from providing vast land cover for cross border criminals and bandits, Niger Republic provides sanctuary to insurgent elements of the dreaded ISWAP.It is also a smuggling route. A lot of Nigeria’s refined petroleum products. A 2019 report by the Guardian said that Nigeria loses over one trillion naira daily as a result of fuel smuggling across borders to West African states. The Department of Petroleum Resources (DPR) put Nigeria’s daily fuel consumption at 52 million litres but the actual fuel consumed is 45 million litres.

Increasingly nation states realize the importance of cooperation and integration. Nigeria with the biggest economy on the continent of Africa appreciates the import of sub regional integration and having secure neighbours. The country is battling with raging cocktail of insurgency and banditry.

States have realized that they can’t live in isolation. Rich and poor nations appreciate the importance of corroboration in boosting commerce, trade and security.

The goal of any national security is the protection lives, property and promotion of the country’s enduring needs. One of such is enduring security.

And in the final analysis, a serious country will always create and maintain an enabling environment for the prosperity of the nation.

Informed critics know this. But they will chose to misinformed and misguide mainly for mischievous political reasons. This latest opposition didn’t come as a surprise.