Rohr promises to field his best players against Seychelles 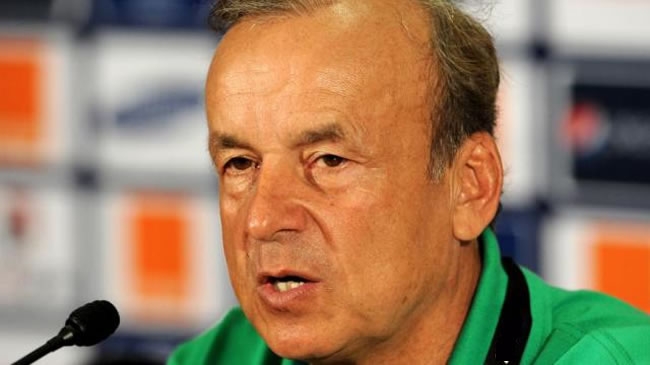 Super Eagles coach, Gernot Rohr has revealed his plan for the 2019 AFCON Qualifiers reverse fixture against Seychelles in March next year.

The Eagles defeated the Indian Ocean country 3-0 in the first leg and have since wrapped up their qualification for the tournament billed to be staged in neighbouring Cameroon.

But coach Gernot Rohr sees it differently. Said he in Lagos Friday, “That match is crucial to me because we want to top the group.

We have not won that match yet. That is why we must field our best against Seychelles. We want to win and score as many goals as possible.” Rohr said the match will be viewed with all seriousness as Seychelles who held South Africa to a goalless draw in their last match may want to end the series on a high.

The coach also shared a thought on what awaits South Africa in Sfax, in their last match against Libya. “The Bafana Bafana have a tough task ahead of them because the Libyans would do everything to frustrate them and stop them from qualifying for the AFCON.”

With ten points from five matches, the Super Eagles have booked their place in Cameroon already. But Libya(7 points) and South Africa (9 points) have everything to fight for. Only a win can guarantee Libya a ticket but a draw of any scoreline will see South Africa qualify.

B’Haram video on killing of soldiers is propaganda — Army

B’Haram video on killing of soldiers is propaganda — Army

Christians, Muslims have no preferred candidates for 2019 polls - Sultan